For 2013 we expect California to see a continuation of the housing market recovery that began in 2009. Demand will remain strong thanks to low-interest rates and affordability. Foreclosures will likely continue to decline as increasing numbers of homeowners and lenders agree to short sales or principal-reduction loan modifications. The continued lack of inventory will continue to put upward pressure on prices. Unfortunately, the 2 million underwater homeowners in California ensure that we still have a long way to go to achieve a truly healthy housing market.

A combination of artificially low interest rates, loose lending practices, and unsustainable price increases inflated the California housing bubble through 2006 when interest rates began to rise and home prices reached the limits of affordability. When the bubble popped in 2007, housing prices collapsed, leaving millions of homeowners underwater on their mortgages. Defaults skyrocketed as the economy tanked.

The rapid increase in foreclosures throughout 2007 and 2008 and the hundreds of thousands of families in distress became a clarion call to the government to “do something.” Meanwhile, in March 2007, Federal Reserve Chairman Ben Bernanke infamously remarked to Congress that, “….the impact on the broader economy and financial markets of the problems in the subprime market seems likely to be contained.”

By early 2008 the housing crisis began to mushroom into a global financial crisis. In March of that year, Bear Stearns, a leading Wall Street investment bank, collapsed and was acquired by JPMorgan, an early warning signal of the coming financial tsunami.

As the crisis worsened, the U.S. government stepped in to prevent a global meltdown. The “rescue” had a host of bad side effects that essentially rewarded those who caused the crisis, left taxpayers to shoulder the losses, and trapped millions in underwater mortgages. Two important federal actions marked the beginning of massive government intervention into the foreclosure process:

The new mark-to-model accounting changes gave banks an incentive not to foreclose. In addition, Treasury Secretary Paulson, armed with TARP funds, provided an implied promise that the Fed or taxpayers would take bad loans off banks’ hands at a premium, if necessary. This accounting change was key to helping banks pass the stress tests. Almost immediately, foreclosure filings plummeted and the foreclosure process lengthened.

On the heels of TARP, the federal government launched an alphabet soup of foreclosure-mitigation programs. California also launched several anti-foreclosure initiatives. The most significant:

While well-intentioned, these measures did little to help homeowners but did (via a process we called “HAMPered”) allow banks to avoid losses by delaying foreclosures. In California, the foreclosure process lengthened even further.

As the time to foreclose climbed steadily and the spread between the number of notice-of-default filings and foreclosure sales widened, many forecasters predicted a massive foreclosure wave (foreclosure inventory) would crush the California real estate market. We disagreed, recognizing that fundamentals were no longer in play as the foreclosure process became politicized.

The forecasts proved incorrect due to the lack of political will and financial capacity to foreclose on everyone who was delinquent on their mortgages. Instead, a foreclosure limbo caused by state and federal government interventions became the norm.

Governments accomplished this by borrowing trillions, effectively putting a floor under housing prices via low-interest rates and tax credits. All that borrowing, along with forcing banks to jump through hoops and issuing foreclosure moratoriums, represented a government policy we called “extend and pretend.” Foreclosures were allowed to trickle into the marketplace at a rate that kept housing prices from reaching a natural market-clearing level and made bank losses manageable.

By the first quarter of 2009, 25% of homeowners with a mortgage owed more than their homes were worth and an unprecedented 12% of homeowners with a mortgage were at least one payment behind. Meanwhile, housing prices plummeted. Overall, median home prices fell as much as 58.8% in California, while in the hardest-hit counties such as Merced, Riverside, San Bernadino, and San Joaquin, price declines ranged from 60.2% (San Bernadino) to 71.9% (Merced). Prices plunged to the point where strong returns on investment were possible in California for the first time in many years.

Over the next three years, the percentage of foreclosure sales to a third party (rather than back to banks) began to increase. Strong investment activity helped clear inventory, move people into vacant homes and stabilize home values.

Several snags in the foreclosure process hit the scene in 2010 that offered no help to underwater homeowners but did cause ever further delays in foreclosures. By May 2011 the time to foreclose hit a maximum of 350 days.

In October 2010, several large banks including Citigroup, JPMorgan, WellsFargo, Ally Financial, and Bank of America halted foreclosures due to an alleged widespread practice of improper foreclosures based on fraudulent paperwork. Dubbed “Robo-Gate,” the scandal referred to the alleged practice of mortgage company employees signing computer-generated documents in a robotic fashion without personal knowledge of the facts. This “robo-signing” problem centered on signed affidavits in judicial foreclosure states, but the fallout spread to non-judicial foreclosure states like California.

In addition, the Mortgage Electronic Registration System (MERS), which operates an electronic database the banks used to track mortgages packaged in mortgage-backed securities or traded among investors, was called into question. Many alleged this practice was improper or illegal and banks no longer had the right to foreclosure whether or not mortgage payments were being made.

While these scandals were popular fodder for the press and proved lucrative for litigators who launched multiple legal challenges to slow or stop the foreclosure process, underwater homeowners saw little relief amid ever-expanding delays.

In 2012 and early 2013, the government responded to these scandals with two mortgage settlements that put more downward pressure on foreclosures and lengthened the time to foreclose.

In California, the passage of the California Homeowner Bill of Rights, which took effect on January 1, 2013, prevents dual-tracking and is designed to further slow the foreclosure process. While the stated purpose of these actions was to help homeowners by delaying foreclosures, the real beneficiaries have been the banks, which used foreclosure delays to limit losses. The unintended consequence of these actions became a lack of inventory and upward pressure on prices.

Since the early days of the crisis, governments launched one initiative after another to stop foreclosures, seemingly oblivious to the fact that the real problem all along was negative equity, borrowers owing more than the market value of their homes. Instead of being the problem, foreclosures are actually part of a solution because they eliminate negative equity.

By May 2011, the foreclosure process had grown to 350 days. At this point, it had become glaringly obvious that these delays were the only real accomplishments of the government interventions. In fact, we believe government officials and their backers in the banking industry actually want delays because even though they let some non-paying homeowners stay in their homes — in some cases for years — they also let banks push their mortgage losses into the future.

So what keeps most underwater homeowners paying their mortgages when all these non-paying homeowners are getting a free ride for a year or more? The answer looks to us a lot like Russian roulette. So long as lenders keep foreclosing on at least a handful of homeowners every month, then those who can pay their mortgage will be afraid to stop. Those who risk the non-paying route find themselves playing what we’ve called “foreclosure roulette,” wondering each month if they will spend another month freed from their mortgage obligations, or finally take the “shot” and be forced to move.

At first, we suspected banks chose their foreclosure targets at random. Then we realized that there may be a method to the bank's madness. We found that banks were taking longer to foreclose on jumbo and second mortgages that were more likely held as portfolio loans rather than ones they serviced for others. Perversely, this resulted in borrowers who took out the biggest loans, on the nicest houses, with the largest lines of credit to live rent-free for the longest amount of time, in some cases years.

Despite all their efforts to extend and pretend, banks do want to clean up their balance sheets and have become increasingly supportive of short sales. Short sales as a percentage of distressed property sales have been on the rise.

How big is the negative equity problem? According to CoreLogic, more than 10.8 million homeowners nationwide, or 22.3%, owe more than their homes are worth and are at risk of default. We estimate that in California, underwater homeowners number more than 2 million.

The millionth foreclosure sale comes at a time when the California real estate market is eliminating negative equity and showing signs of growth. Without government intervention, the foreclosure process would have been much faster but far more painful. Preventing that pain has come at immense cost to the taxpayer: The federal debt has nearly doubled from $8.7 trillion at the beginning of 2007 to $16.4 trillion at the end of 2012 and the Federal Reserve’s balance sheet has more than tripled from $860 billion to $2.9 trillion. Massive government borrowing is simply a form of delayed taxation that will have to be repaid. Has the price tag to rescue the banks and the housing market been too high? Only time will tell.

While our crystal ball beyond this year is murky, for 2013 we expect California’s housing market to continue the recovery that began in 2009. Demand will remain strong thanks to widespread affordability and the Federal Reserve’s push to keep interest rates low. Foreclosures will likely continue to decline as increasing numbers of homeowners and lenders agree to short sales or principal-reduction loan modifications. In some areas, the lack of inventory caused by anti-foreclosure efforts will drive prices higher. The 2 million underwater homeowners in California, however, ensure that we still have a long way to go before we have a truly healthy housing market in California. 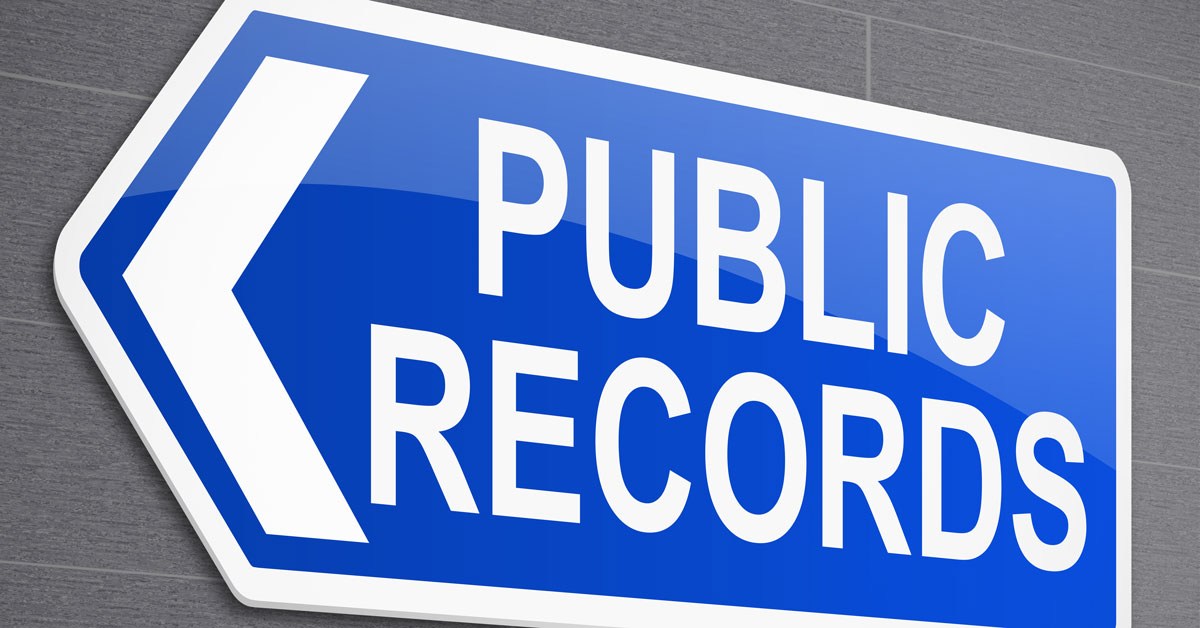 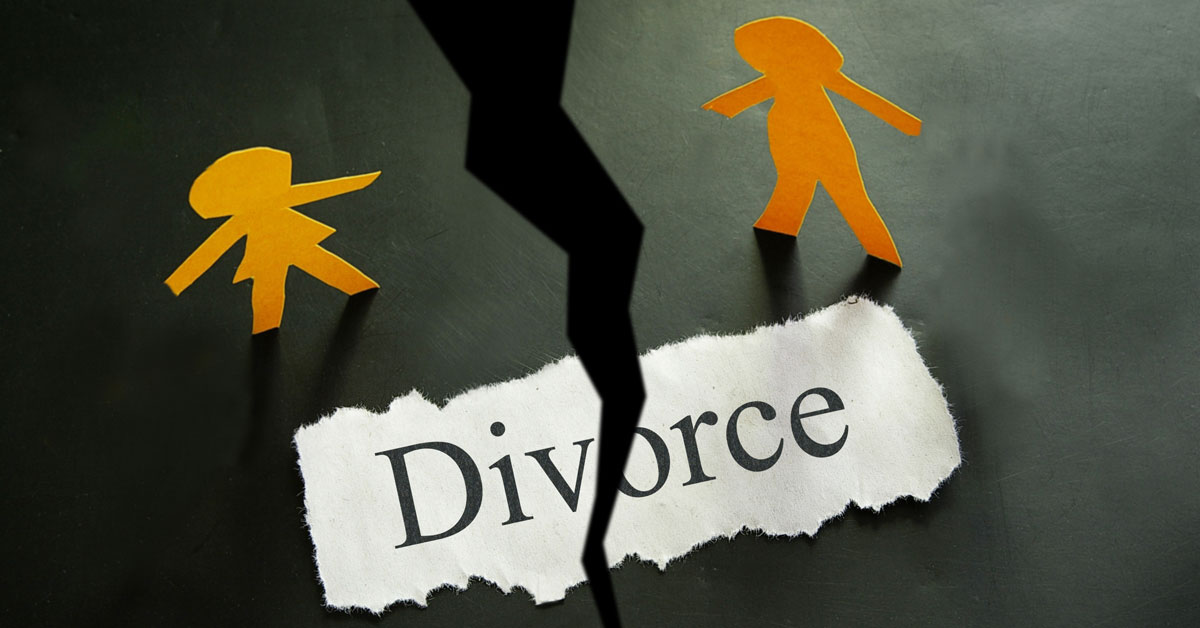 Chasing Divorce Public Records For Deals - What You Need To Know