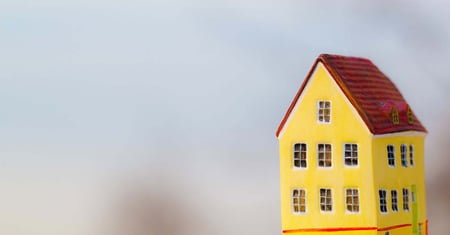 My phone and email have lit up over the last week as GMAC purportedly halted foreclosures in 23 judicial foreclosure states, and JP Morgan Chase yesterday announced they'd be delaying 56,000 foreclosures. Tonight it appears more lenders may be affected as well. The core issue in both cases appear to be that affidavits were signed by people who did not have personal knowledge of the facts involved despite claiming that they did. Some, however, are making it out to be something much bigger.

The theory behind the "tip-of-the-iceberg" argument is that lenders must produce the original note (loan document) signed by the borrower in order to foreclose, as well as properly recorded transfers of that note from the original lender to the current holder of the note. This seemingly simple task has gotten amazingly complicated over the last decade as loans were securitized and traded among institutions. In an effort to simplify things, lenders created the mortgage electronic registration system (MERS), but even that has been challenged as not meeting the legal requirements for foreclosure. If lenders were actually required to produce the original note and documented chain of ownership before foreclosing the belief under this theory is that foreclosures would largely grind to a halt, past foreclosures would be overturned, and that homeowners might be able to challenge the validity of their mortgage altogether. Free homes for all! Except of course for those who actually paid for them.

Readers of this blog know that I place far more of the blame for this crisis on lenders and government than I do on homeowners. That said, I DO NOT believe paperwork errors should lead to free homes... or frankly even foreclosure delays.

It's one thing if the paperwork error lead to a lender trying to foreclose on someone who IS making their payments. By all means, that person should get their day in court, and the foreclosure should be stopped. But that's not the argument here. Instead, they are saying they should get to stay in their home even though they stopped making their payments and are now legitimately facing foreclosure as a result.

Nothing about that makes sense to me. While the wild conjecture is entertaining, I remain convinced that these affidavit and chain of custody issues will ultimately be resolved and amount to nothing more than foreclosure delays and a lot of attorney fees as folks tilt at windmills.