The Swell Is Huge, But No Waves In Sight 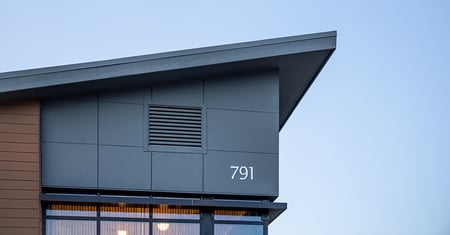 The cry of “wave!” continues. You don’t have to wait long between news stories about shadow inventories and impending waves of foreclosures that are poised to devastate the housing market.

In September, Bank of America predicted “a spike from now to the end of the year in foreclosures.” A spike that didn’t happen. Also in September, Amherst said that “favorable seasonals will disappear over the coming months, and the reality of a 7 million-unit housing overhang is likely to set in,” a prediction that was repeated last month in a hearing before the House Financial Services Committee. Auctioneers on the courthouse steps called me before the end of the year to tell me to get ready for January as they had heard from their managers that properties will finally start selling, rather than continually postponing come January 1. Didn’t happen. Even commenters on my blog posts try to explain to me that there is a huge shadow inventory -- as if I wasn’t aware that there are a lot of property owners who are underwater, delinquent on their mortgage, or stuck in foreclosure limbo. Like everyone else, I see the signs that a wave of foreclosures should have been upon us long before now. Yet for some time now I’ve been a fairly lone voice in saying that a foreclosure wave isn’t coming.

So why do I believe there will be no foreclosure wave, at least not in the near future? Because we simply don’t have either the political will or the financial capacity to foreclose on everyone who is currently delinquent, not to mention the millions more who will become delinquent if the housing market is crushed with a wave of new inventory.

Our financial institutions are still struggling to get their footing, the FDIC is in no position to bail them out, and taxpayers have had more than enough bank bailouts. And while little has been done by Congress to address the root problem of negative equity, they certainly have worked to prevent foreclosures and preserve home values.

So if not a wave of foreclosures, what do I think we can expect instead? Foreclosure limbo consists of continued government interventions, whether in the executive, legislative or judicial branch, at the state level, by the Fed, or even supposedly independent oversight boards. They’ll accomplish this by keeping a bid under housing prices through low-interest rates and tax credits; forcing banks through hoops; threats; foreclosure moratoriums or any other means necessary. As such I see little chance that housing will be allowed to fall, no matter the cost. Instead, we will “extend and pretend” for years to come.

Foreclosures will continue to be trickled out at something near the current rate. They can’t stop foreclosures completely or everyone would simply stop paying their mortgage. Some may argue this won’t work. Certainly, homeowners can’t just stay in their homes free forever. Perhaps, but governments should also not be able to run deficits forever – yet for now, at least, they do.