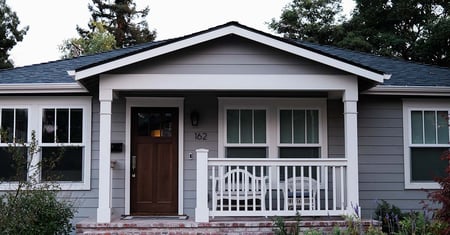 Nearly a year ago I opined that banks were engaged in a game of Foreclosure Roulette — a game by which they randomly foreclosed on a few homeowners, while delaying most foreclosures for longer and longer periods of time. The primary aim of the bank's random foreclosures being that they can't let word get out that you can stop making mortgage payments and live in your home for free for years on end, as is increasingly the case. Otherwise, millions of underwater, but paying, homeowners might also stop making payments, spelling disaster for the banks.

At first glance, current foreclosure sales do seem completely random. Vacant homes sit for months or even years waiting to be foreclosed on, while a family working hard to short sale their home has the rug pulled out from under them. But looking for patterns by focusing on the borrower or even the property assumes lenders care about people, and neighborhoods. That's not the role of financial institutions. These are corporations, and their focus is on profit and loss. By focusing on where the losses really are, clearer patterns begin to emerge and we now see that this game of chance isn't completely random. Like in Vegas, the odds are stacked in favor of the house — not your house, the banks.

First, let's look at time to foreclose based on the size of the potential loss. We did this by analyzing 153,956 foreclosure sales on first mortgages from January 2008 through July 2011 for which we had all the necessary data. This includes properties that were sold back to the bank and became REO, as well as properties purchased by investors on the courthouse steps at foreclosure auction. We divided all the loans into two groups: those with balances over $417,000 (the conforming loan limit) and those below. Specifically we were wondering if banks took longer to foreclose on larger loans, where there tend to be larger losses, than on smaller loans. The answer is clear: yes, the size of the potential loss absolutely matters. Not only that, but time to foreclose doesn't diverge until the government intervened in the foreclosure market in early 2009, with, for example, changes to the Federal Accounting Standards Board rules on mark-to-market.

Compare that to loans with a balance less than or equal to $417,000 (the blue line). On those loans, the average loss was closer to $115,000 on an average loan balance of $274,000 and with an average current market value of $176,000.The truth is that the larger the loan balance you have, the more upside down you are in the home, and the bigger the loss for the lender, the better your chances are of not being foreclosed on for a very long time.

Next, let's look at the time to foreclose based on the number of outstanding loans. Some have suggested that many servicers have a conflict of interest in that they service first mortgages on properties on which they directly hold the second mortgage in their own portfolio. In fact, Representative Bradley Miller D-NC, introduced a bill, H.R. 4953, to specifically eliminate this conflict of interest; saying at the time “Their stance does seem largely driven by accounting concerns — they are trying to maintain the fiction that the mortgages are worth the value they are carrying them at on their books.” It turns out that there is a dramatic difference in the amount of time it takes servicers to foreclose on first mortgages when there is also a second mortgage on the property, as shown below.

The blue line indicates the average time to foreclose for properties that only had one loan, and the red line indicates the average time to foreclose for properties that had two loans. While there is a notification requirement when foreclosing on a property with a junior lien (a second mortgage for example), this is easily accomplished within the standard foreclosure timeframe, and first mortgage holders have no other duties to protect second mortgage holders, so there is really no other reasonable explanation that we can think of for this significant difference in timing outside of the conflict of interest issue that some have suggested. Note that like time to foreclose by loan balance above, the lines don't start to diverge until early 2009, when mark-to-market rules were loosened.

The basic idea behind mark-to-market accounting rules is that if an asset that you have on your books drops in value, you should recognize that loss on your books and write down the value of the asset on your books. When Treasury Secretary Paulson announced TARP in September 2008, he made it clear that he didn't think banks should have to write down these assets to or be forced to sell them at what he believed were distressed prices. After that announcement, considerable pressure was put on the supposedly independent Federal Accounting Standards Board (which writes the accounting rules these companies must follow) to ease the rules that require companies to mark assets to current market values. It occurred to me at the time that it was a ridiculous notion as properties weren't selling at distressed prices, they had instead returned to normal prices after being artificially inflated in a major credit bubble. Regardless, I think there is little doubt that the changes to these rules were necessary in order for the banks to pass the stress tests that were undertaken shortly after this accounting change was pushed through.

So while we still think foreclosure roulette is the bank's game of choice, we now also believe that the number of chambers in their gun, and your likelihood of being quickly foreclosed on, is directly tied to the size of the potential loss that the bank might face. Perversely, this means those who took the biggest loans, on the nicest houses, with the largest lines of credit to buy lots of shiny new toys will also get the most free rent when they strategically default.