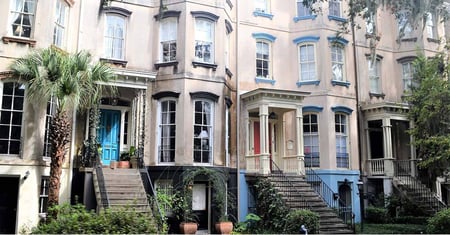 As the national debate continues over whether MERS (Mortgage Electronic Registration System) has standing to foreclose, a recent San Diego, California-based Appellate Court decision considering the issue has sided with MERS.

Last week, the 4th District Court of Appeals issued a published opinion in Gomes v. Countrywide Home Loans that held (1) California's nonjudicial foreclosure statute does not allow speculative lawsuits by homeowners to determine whether MERS is authorized to initiate a foreclosure; and (2) even if they did, the homeowner consented to the use of MERS to initiate the foreclosure when he signed the deed of trust.

For those who may still be unclear, let’s begin with what MERS is?

The Gomes case had a nice explanation: "MERS is a private corporation that administers the MERS System, a national electronic registry that tracks the transfer of ownership interests and servicing rights in mortgage loans." Through the MERS System, MERS becomes the mortgagee of record for participating members through the assignment of the members' interests to MERS. MERS is listed as the grantee in the official records maintained at the county register of deeds offices. The lenders retain the promissory notes, as well as the servicing rights to the mortgages. The lenders can then sell these interests to investors without having to record the transaction in the public record. MERS is compensated for its services through fees charged to participating MERS members.

A side effect of the MERS system is that a transfer of an interest in a mortgage loan between two MERS members is unknown to those outside the MERS system.

"In the Gomes case, the court said that California's nonjudicial foreclosure rules, Civil Code sections 2924 through 2924k, are intended to be a one-stop-shop for how to exercise the power of sale in a deed of trust. Section 2924(a)(1) of the statute is clear that a "trustee, mortgagee, or beneficiary, or any of their authorized agents" can initiate a foreclosure (and this court found MERS was an agent, as will be discussed in a moment.) Importantly, the statute does not provide an additional requirement that the agent demonstrates in court that it is authorized to initiate a foreclosure and to do so would “fundamentally undermine the nonjudicial nature of the process and introduce the possibility of lawsuits filed solely to delay a valid foreclosure.” So, the court concluded, they would not allow speculative lawsuits to test MERS' authority to initiate a foreclosure.

The court went on to volunteer that even if MERS was required to demonstrate that it was an authorized agent, it could do so. In a footnote, the court stated in a conclusory fashion that “MERS may initiate a foreclosure as the nominee, or agent of the noteholder” under Civil Code section 2924(a)(1) without further discussion. But on top of that, the court pointed to the deed of trust signed by the homeowner that provided that MERS was a nominee for the Lender and the Lender’s successors and assigns had the right to foreclose. Case closed.

California has squarely joined the ranks that allow MERS to foreclose that according to one commentator has grown to 19 states, thus providing us with a little more certainty going forward when it comes to this particular aspect of the nonjudicial foreclosure process. Just as the California courts recently provided some clarity on documentation irregularities in Aceves v. U.S. Bank saying that minor errors were of no legal consequence. This reinforces our belief that despite minor misdeeds or process shortcuts by lenders there will ultimately be no free homes for defaulting borrowers.