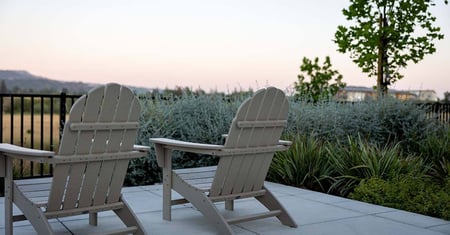 For those that missed this major foreclosure news item, Robo-gate refers to the foreclosure freezes implemented by various lenders after revelations that foreclosure filings were being attested to in a robotic fashion that may not have met legal requirements. In the beginning, the freezes were limited primarily to 23 states that use the judicial foreclosure process, but on October 8th the impact grew when Bank of America announced a national foreclosure freeze.

You'll find our initial take, back on October 1st, here: Free Homes? Unlikely. Foreclosure Delays? Absolutely. Let's start by saying that by and large it has been business as usual in California and the other non-judicial foreclosure states that we cover: Arizona, Nevada, Oregon, and Washington. Foreclosure sales are down, but activity is well within typical ranges with notable exceptions below. Note that we are the only service that has same-day foreclosure sales data for a large service area including 3 of the top 4 foreclosure states.

As such we've been able to see the impacts of these announcements weeks ahead of any other foreclosure information service in the areas we cover. We've read a number of stories that suggest investors have fled the market and are no longer buying properties at the trustee sales held on the courthouse steps. The numbers say otherwise. Since the beginning of the year investors have purchased an average of 20.8 percent of all foreclosure sales in California, and though we did see a drop to 15.5 percent the week following the Bank of America announcement, numbers in that range aren't unusual. Further, 20.1 percent of foreclosure sales were purchased by investors last week clearly indicating that normal investor activity continues unabated.

As announced Bank of America did halt foreclosure sales starting the week of October 11th in our coverage area. On October 18th Bank of America announced they were lifting the freeze in 23 states, but continuing the freeze in 26 other states. We can confirm that the freeze has continued in our coverage area through today Thursday, November 4th. More interesting has been conjecture over the impact of the foreclosure freeze on foreclosure filings, including Notices of Default and Notices of Trustee Sale. Bank of America has not only continued with foreclosure filings, but their activity has actually increased as a percentage of total filings each week. For the year they have averaged 11.2 percent of foreclosure filings in California, and between October 11 and October 29 that had increased to 16.9 percent. Similarly, Notice of Trustee Sale filings increased from an average of 14.9 percent to 18.2 percent over the same time period.

GMAC halted foreclosure sales for one week, from October 11 to October 15th, then returned to business as usual. That same week they also slowed filings of Notice's of Trustee Sale, but again resumed typical filing volumes after a jump the following week where they made up for the missed filings the week before. Same thing with Notice's of Default, except a week earlier with a drop in filings the week of October 4.

Many stories related to Robo-gate have discussed the controversy surrounding Mortgage Electronic Registration Systems or MERS. The system originated as a way for mortgages to be traded between parties while avoiding the need to record each transfer, or assignment, with the county recorder's office which is a costly and error-prone procedure. The failure to record those assignments, however, has led some to question the validity of foreclosures, or even the mortgage itself. Adding to the fire surrounding MERS, a number of lenders, including JP Morgan Chase, have recently announced they will no longer use the system. The reality, however, is that lenders began abandoning MERS long before now - at least in the foreclosure process. In 2008 8.5 percent of foreclosure sales were held in MERS name, in 2009 that dropped to 4.7 percent, and to date, in 2010 it has averaged just 3.0 percent. And that's it. We see no other impacts from any other lenders in our coverage area. While Bank of America's exit will certainly impact total foreclosure sales for October given their size, we don't believe the decline will be sufficient to have any measurable impact on the housing market in the months to come.