Waiting to catch a wave? Surge of REO listings is unlikely. 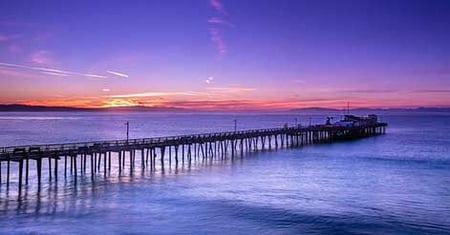 For a number months now I've been telling reporters and others that I didn't think we would see the big wave of foreclosure sales, and subsequent REO listing that some have been predicting. Until recently that was mostly based on a gut level feeling that banks (servicers) simply didn't have the will to complete more foreclosures given the anti-foreclosure backlash. With a little hindsight, things have become clearer.

First, to be fair to those who have been predicting the wave, the numbers would suggest that California foreclosure sales should be surging right now. After a brief respite due to CA Senate Bill 1137, Notice of Default filings surged last December, and have remained at near records levels since, and even hit a significant new record in March at 52,163 filings. Similiarly, Notices of Trustee Sale have also surged, setting a new record as recently as May. Thus, it would be logical in normal times to conclude that foreclosure sales, and subsequently REO listings, should now be surging too.

But these aren't normal times. While foreclosure sales have increased since the moratoriums began to lift, they remain well below the peak levels reached July 2008, and as you'll see in our next CA Foreclosure Report, will actually fall from June to July this year.So what happened? In my opinion the answer is found in the troubled asset relief announcment made on September 19th by U.S. Treasury Secretary Henry Paulson. Clearly Paulson believed at that time that banks (servicers) would fail unless they were releived of the mounting losses on mortgage backed securities and other troubled assets.

In fact the Fed began purchasing direct obligations of Fannie, Freddie and the Federal Home Loan Banks on September 24, and later began purchasing mortgage backed securities. Click here for details on purchases to date from the Federal Reserve Bank. The total has reached nearly $650 Billion. Keep in mind that the total loan value on ALL foreclosed loans in California since this crisis began is under $200 Billion.

While many will point out this was necessary to keep home loans available and interest rates low, I think it also clearly sent banks a message... you will get more for these assets from the taxpayer than you will through foreclosure. Add to that the mark-to-model rule changes from the Federal Accounting Standards Board, and a ton of politicial pressure and it should be no surprise to anyone that foreclosures have slowed.Still unsure? Consider the following chart. The grey line is the total number of properties scheduled for foreclosure sale (using scale on right). The blue and green lines are daily foreclosure sales for California, divided into two parts - before and after Paulson's announcement.

The drop in foreclosure sales defies logic given the continued increase in properties scheduled to be foreclosed on. But defying logic to do what is politically expedient while simultaneously inflating bank earnings and bonuses and without regard to future consequences IS the new normal. We are yet again trading tomorrow for today.

For those of you still waiting for a surge of foreclosure sales, the truth is you'll likely be waiting a long time.