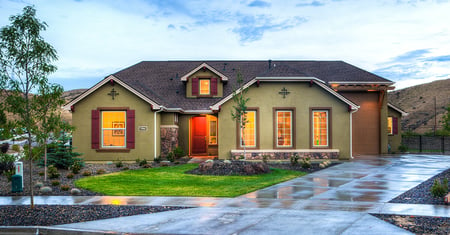 In my last post Waiting to catch a wave? Surge of REO’s unlikely, I speculated that foreclosures had dropped primarily because of U.S. Treasury Secretary Henry Paulson’s announcment to seek troubled asset relief for banks. The result being that banks are incentivized not to foreclose thanks to mark-to-model accounting changes, and an implied promise that the Fed or taxpayers will take bad loans off their hands at a premium if necessary.

This topic, and shadow inventory, which I also recently posted about, have been hot topics in the blogosphere and in the news. Many have predicted a wave of foreclosures is coming, while others are predicting that foreclosures are being held off the market to manipulate home prices. If you read my recent posts you know I have a different take. A few days ago, Diana Olick of CNBC did what I hoped someone would do and put the question directly to Bank of America. They essentially said that foreclosures had been delayed by the Making Home Affordable Program, and would likely increase soon.

Despite it being hard to take banks at their word right now, I do think it is likely that the Making Home Affordable Program, and specifically the Home Affordable Modification Program (HAMP) component of that program are playing a significant role in the delay of foreclosure sales. We actually pointed to some evidence of it in our July California Foreclosure Report, where we noted that many scheduled foreclosure sales were being postponed due to lender requests — likely because of this program.

So is it possible that foreclosure sales have simply been “HAMPered”? While I certainly think HAMP has played a role in delaying foreclosures, I don’t believe it is the full story. HAMP was not announced until February 2009 and details were not out until March yet we saw foreclosure sales drop dramatically just days after the Paul announcement last September. A commenter on my blog suggested the foreclosure drop in September was due to Fannie and Freddie being put into conservatorship and implementing moratoriums, rather than the Paulson announcement. That too is a great point. But we saw across the board drops in foreclosures, including for loans that clearly weren’t owned or guaranteed by Fannie or Freddie, so it too is an insufficient answer in and of itself.

The reality is that there are a lot of moving parts, and while it's hard to do more than speculate about the specifics, the bigger picture remains clear. As a society we don’t have the political will to foreclose on everyone who isn’t paying their mortgage, and whether by implementing foreclosure moratoriums at Fannie and Freddie, announcing troubled asset relief, or pushing new loan modification programs we will continue to see the government intervene to keep foreclosures down.

Near term, I believe this will help put a floor under housing prices and provide some sense of stability. Longer-term, I believe the government interventions to date fail to adequately deal with the negative equity problem and that they have simply kicked the can down the road leaving us with foreclosure problems for years to come.