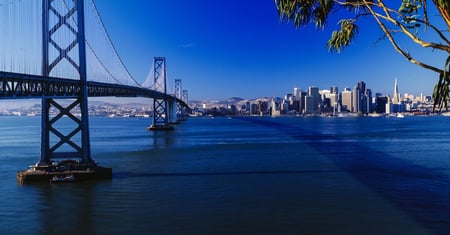 CALIFORNIA, MARCH 3, 2017 – January 2017 San Francisco Bay Area home sales fell a seasonally depressed 31.8 percent from December 2016 and were down 4.6 percent relative to January 2016. Sales this January was the lowest since February 2008.

“We expect home sales to be low this time of year reflecting a seasonal sales lull around the holidays,” said Madeline Schnapp, Director of Economic Research for PropertyRadar. “But the rise in rates late last year likely helped push sales to the lowest levels since February 2008."

Annual sales totals eliminate seasonal effects and provide a more accurate picture of sales trends. In 2016, Bay Area sales fell 9.4 percent from 2015. At the county level, sales fell in all six Bay Area counties ranging from a decline of 6.5 percent in San Mateo County to a decline of 12.6 percent in Marin County.

Annual sales totals eliminate seasonal effects and provide a more accurate picture of sales trends. In 2016, Bay Area sales fell 9.4 percent from 2015. At the county level, sales fell in all six Bay Area counties ranging from a decline of 6.5 percent in San Mateo County to a decline of 12.6 percent in Marin County.

"January sales were likely impacted by the jump in mortgage interest rates late last year," said Schnapp.  "Taking a longer-term look, Bay Area sales in 2016 were nearly 10 percent lower than they were in 2015 while prices rose.  That tells us that there is a significant imbalance between supply and pricing.”

When annual sales are divided into price categories, sales of properties whose sale prices were $500,000 or less fell 24.6 percent year-over-year while sales in the $1 million-plus category increased by 1.5 percent.

“A low-priced home in much of the Bay Area is now considered to be $500,000 or less. Sales of those properties fell 24.6 percent as prices march steadily higher,” said Schnapp. “Surprisingly, the only price category that saw an increase in sales were properties that sold for more than $1 million. Those types of numbers are not indicative of a healthy or sustainable housing market given current income levels and wage trends.”

“Even in the most expensive region of California, cash sales continue to be an important component of total sales,” said Schnapp. “That being said, cash sales as a percent of total sales, continue to decline as home prices rise. Given the elevated risk in the stock and bond markets and the uncertain trajectory of mortgage interest rates in 2017, parking cash in real estate now remains an attractive alternative to a certain class of investor.”

“Economic growth in the first half of 2017 is expected to remain tepid with the balance of 2017 uncertain,” said Schnapp. “Until the tax and trade policies of the new administration become clearer, we believe our ‘Flat is the New Black’ market perspective for 2017 will remain intact.”