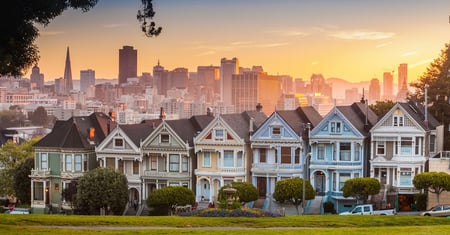 “The TILA-RESPA Integrated Disclosure (TRID) rule that went into effect in November 2015 depressed year-over-year sales comparisons,” said Madeline Schnapp, Director of Economic Research for PropertyRadar. “Accounting for the TRID impact, we estimate California home sales were unchanged compared to a year ago.”

Annual sales totals (January through December) smooth out year-end volatility and provide a longer-term view of California real estate trends. Sales in 2016 were down 2.9 percent from 2015. At the regional level, in the Greater San Francisco Bay Area 2016 sales fell 9.7 percent from 2015, were nearly unchanged in Southern California, down 2.5 percent in the Greater Sacramento region and lower by 1.6 percent in the Central Valley.

“In general, affordability and sales results go hand in hand,” said Schnapp. “The Greater San Francisco Bay Area is the least affordable housing market in the state. It should come as no surprise that this area saw much lower sales volumes this year relative to last. At some point, you reach the limit of what people can pay which in turn limits sales.”

Within the 26 largest counties in California, on a year-ago basis, prices were higher in all but three counties. The counties with the largest annual price gains were San Francisco (+11.3 percent), San Mateo (+8.6 percent), Sonoma (+6.7 percent), Los Angeles (+5.8 percent) and Orange (+5.6 percent).

“Price gains, particularly in the more desirable coastal regions of the state, continue to outstrip both economic and income growth,” said Schnapp. “Lack of supply amidst rising demand has been the dominant theme for several years keeping a lid on sales. New building projects in many counties are coming online and beginning to add inventory. More inventory in 2017 should help alleviate some of the supply problem.”

“The fact that 150,000 homeowners exited their negative equity prisons last year is big news,” said Schnapp. “These homeowners are now free to refinance their mortgages or actively participate in the housing market. These newly minted positive equity homeowners are a welcome addition to an inventory constrained market.”

“In December, Bay Area counties were notably absent from the top five list of counties with the highest percentage of cash sales,” said Schnapp. “Instead, several lower priced counties made the list suggesting that cash buyers were finding attractive purchase opportunities where buyers get more bang for their housing buck.”

Annual Home Sales – The sum of sales of single-family residences and condominiums for the current year and prior years divided into distressed and non-distressed sales.

3-Year Foreclosure Notices and Sales - Properties that have received foreclosure notices — Notice of Default (green) or Notice of Trustee Sale (blue) — or have been sold at a foreclosure auction (red) by month.

Annual Foreclosure Notices and Sales - Properties that have received foreclosure notices — Notice of Default (green) or Notice of Trustee Sale (blue) — or have been sold at a foreclosure auction (red) by year.

California real estate data presented by PropertyRadar, including analysis, charts and graphs, is based upon public county records and daily trustee sale (foreclosure auction) results. Items are reported as of the date the event occurred or was recorded with the California County. If a county has not reported complete data by the publication date, we may estimate the missing data, though only if the missing data is believed to be 10 percent or less of all reported data.