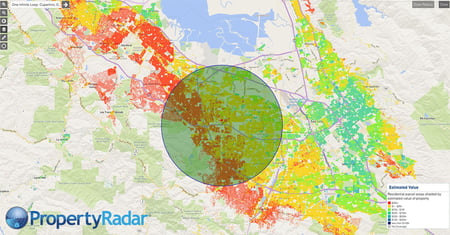 Jobs are Plentiful, Affordable Homes are Not

Median Home Price Up 3.5 Percent Y-o-Y to $815,000, Despite Month-over-Month Declines in Four of Nine Counties

CALIFORNIA, JULY 13, 2017 –The San Francisco Bay Area kicked off the summer selling season in May 2017 with an 18.0 percent jump in home and condominium sales from April. Looking back over a longer period, May 2017 home sales were flat compared to May 2016 and nearly identical to 2007 sales.

“San Francisco Bay Area home sales were nearly unchanged relative to a year ago,” said Madeline Schnapp, Director of Economic Research for PropertyRadar. “Sluggish sales in the face of rising prices has been a consistent theme for over five years. Healthy job growth has increased demand for homes, while low inventory and cheap debt have led to rising prices, exacerbating affordability. That may be changing soon due to a regional slowdown in job growth colliding with unbelievably high Bay Area home prices.”

“The monthly decline in median home prices in several Bay Area counties was a surprise and maybe signaling a price ceiling,” said Schnapp. “As the Bay Area housing market approaches its seasonal peak, we would expect that prices would continue to rise, but that hasn’t always been the case this year.”

“Last month we wrote about similar conditions in nearby Reno, Nevada,” said Schnapp. “Some of Reno’s housing affordability crisis may be attributed to San Francisco Bay Area residents cashing out and moving out of state.

Is the slowdown in San Francisco Bay Area job growth due to home affordability and availability? Maybe.

When we took a closer look at the 2017 economic drivers of the real estate market in the San Francisco Bay Area, some interesting trends in employment popped up,” said Schnapp. “After losing hundreds of thousands of jobs during the recession, as the economy recovered and from 2011 through the end of 2016 employment growth was very strong in the region. According to the U.S. Bureau of Labor Statistics, the number of employees in the San Francisco and San Jose Metropolitan Statistical Areas (MSAs) grew by nearly 650,000. Not surprisingly, in these two MSA regions, employment levels have surpassed all previous employment peaks dating back to the early 1990s.”

“Strong employment growth increases the demand for housing which puts upward pressure on home prices,” said Schnapp. “That is exactly what happened during the period from 2011 to 2016. In the first five months of 2017, however, the number of employees in the San Jose MSA fell by more than 4,000. In the past two months employment is down by 1,500 in the San Francisco MSA.  Some experts say the San Francisco Bay Area has reached full employment. If that is the case, then home prices may have reached a top until employment growth resumes.”

“In an unusual twist of economic outcomes, the decline in the Bay Area’s employment growth may not be due to a slowdown in economic growth but instead may reflect job seekers looking elsewhere because of the cost of housing,” said Schnapp. “We spoke to several business owners this past month who said they are having difficulty filling jobs because of the cost of housing in the Bay Area.”

“In Cupertino, Apple’s new behemoth office park will hold 12,000 employees which will only exacerbate nearby housing affordability, as well as traffic congestion. Apple lists over 600 jobs on its website in the Santa Clara/ Cupertino region. Meanwhile, Facebook announced a plan to build 1,500 apartments for employees.

Of the 88,972 single-family residences within a 5-mile radius of Apple’s new headquarters located at One Infinite Loop in Cupertino, California, only 488 homes (0.54 percent) have an estimated value below the San Francisco Bay Area median price of $815,000.

Within 5-miles of Apple's new HQ, only 488 homes (out of 88,972) have an estimated value below $815,000.In Reno, Nevada, a similar explosion of high-skilled employees working at Tesla's new $5 billion Gigafactory has led Tesla to partner with the University of Nevada to find temporary housing for its employees utilizing its dormitories at $35.00 per night.”

San Francisco Bay Area Home Sales – Total Single-family residence and condominium sales. Sales are illustrated by month from 2005 to current and are divided into distressed and non-distressed sales. Distressed sales are the sum of short sales, where the home is sold for less than the amount owed, and REO sales, where banks resell homes that they took ownership of after foreclosure. All other sales are considered non-distressed.

San Francisco Bay Area Year-to-Date Home Sales – The sum of January through May sales of single-family residences and condominiums for the current year and prior years divided into distressed and non-distressed property sales.

Over 10,000 Realtors®, Investors, and Real Estate Services Professionals have turned to PropertyRadar in CA, AZ, NV, OR & WA to discover market opportunities and connect with their prospects.