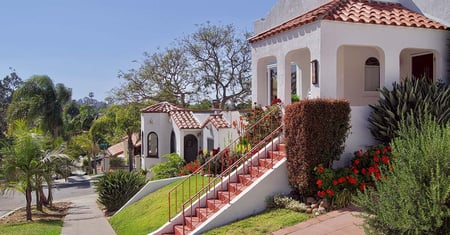 CALIFORNIA, NOVEMBER 11, 2016 – In the first nine months of 2016 (January through September), San Francisco Bay Area single-family home and condominium sales fell 10.3 percent relative to the same period in 2015. Sales were the lowest since 2008. Distressed property sales fell 35.7 percent, the lowest in our records since 2001.

“The low level of distressed properties available for sale in the Bay Area is likely a challenge for real estate investors,” said Schnapp.  “Lower home prices in counties just outside the Bay Area, but still within commute distance, may prove an attractive alternative.”

At the county level, sales fell in all the six counties in our study ranging from a decline of 8.2 percent in Contra Costa to 15.0 percent in Marin.

“The outsized decline in distressed property sales combined with the rapid increase in prices and the lack of buyers that qualify for higher-priced homes is reflected in the 26.7 percent decline in the sales of lower-priced homes,” said Schnapp.  “Income growth in the Bay Area has not kept up with rapidly rising home prices shutting out a significant percentage of would-be buyers.”

The Bay Area September median home price increased 2.0 percent from a year earlier. Inspecting median price by county reveals considerable variation. The median price was up in five of the six counties ranging from a decline of 1.0 percent in Contra Costa County to an increase of 14.8 percent in Marin County.

“In August, we asked the question of whether or not home prices in the Bay Area were peaking or plateauing,” said Schnapp. “In September, the question of peak evaporated while plateau may still be in play. Prices fell in Contra Costa (-1.0 percent), decelerated in Alameda (+4.3 percent), and Santa Clara (+2.8 percent).  In Marin (+14.8 percent), San Francisco (+9.3 percent) and San Mateo (+7.3 percent) prices jumped significantly and continued to defy gravity.”

“The persistent trend of sluggish sales amidst rising prices has been the story for over a year now,” said Schnapp. “Restrictive zoning and burdensome building regulations that limit construction have made adding new inventory difficult. That being said, apartment and condo development in San Francisco is on the rise and new inventory is expected to arrive in 2017.”