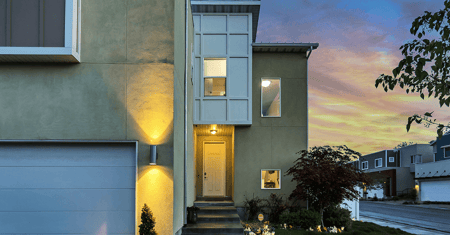 I've been pushing really hard to get the next release of our software out the door, and have not been posting here as often as I'd like lately. The release is close, so expect to hear more from me soon. On to my post...I have gotten a number of calls asking if the homeownership retention program announced by Bank of America is likely to have an impact on foreclosures in CA.

This program is a settlement with the CA Attorney General, Jerry Brown, and other state attorney generals that were suing Countrywide / Bank of America for predatory lending practices. It is expected to provide up to $8.4 Billion to 400,000 borrowers nationwide, with $3.5 Billion to 125,000 borrowers in CA. While $8.4 Billion is a huge number - roughly 7.75% of BAC's market cap today - it is literally a laughable amount. Problem is that it equals only $28,000 per loan in California.

I compared that number to the average amount a California homeowner is upside down at the time of foreclosure - the average total debt is $26,200 more than they originally borrowed. So in the best-case scenario, this puts borrowers back where they started, in loans they fundamentally can't afford. Note that they clearly state that principal balance reduction will only be available on a limited basis to restore negative equity from pay option ARMs - which makes sense given that they really don't have enough money to do much more. Instead, the primary goal is to ensure "modifications are affordable". Given that they simply don't have the money to lower principal balances to affordable levels, that means more artificially low payments... the exact thing that got us into this problem in the first place. So back to the original question, will it likely impact foreclosures? Sort of, but only temporarily. They have graciously committed to not pursue foreclosure until they have contacted the owner and made a decision on program eligibility.

So it appears to impact foreclosures, except that the recently passed SB1137 required them to do that anyway - so this claim is little more than spin. Since this completely fails to address the underlying problem of the original loan amounts often exceeding current market value by $100k or more I'd also say the impact will only be temporary. Though that may still be a long time. In one case I recently reviewed Countrywide had a loan balance of over $900k on a home worth $550k - they modified the payment to 2% interest only for 5 years. The homeowner can afford it for now, but what happens in 5 years? You're kidding yourself if you think values are going back to those levels that quickly. Do we really still want to be cleaning this mess up 5 years from now?

Bottom line, Jerry Brown and the other state's attorney generals have given Bank of America a gift. The opportunity to avoid litigation while getting the state's endorsement for a plan that will never work and buying them precious time to find a way out of their dire predicament. Like the bailouts, it's possible it may help save this financial institution, but it will only delay our return to a stable and healthy real estate market.