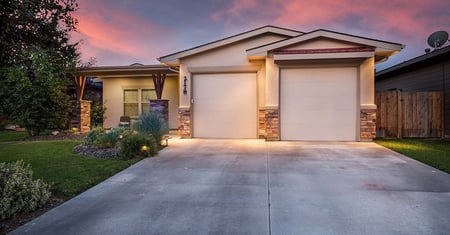 Nick Timiraos over at the Wall Street Journal called my attention to a new study out from the New York Fed. It essentially says that loan modifications are less likely to default if they include a principal balance reduction. While my initial reaction was simply "Duh", I'm glad to see this minor acknowledgement of the real issue - negative equity - at the federal level.

I've known for a long time that with the exception of the Five D's (Death, Divorce, Drugs, Disease and Denial), foreclosure is the result of negative equity which leaves the homeowner trapped in a prison of debt unable to sell or refinance (with the possible exception of a short sale). Negative equity is so obviously the root cause of foreclosure it is hard for me to believe that the Fed had to commission a study to find out that loan mods which fail to address this core issue are less likely to succeed.

The root problem with the current Making Home Affordable loan modification programs, and the general idea that negative equity does not have to be addressed in order to avert this crisis can be traced back to a study by the Boston Fed. That study essentially concluded that negative equity was not enough in and of itself to result in default and that job loss or some form of payment shock, like payment resets, was also required. They looked at Massachusetts foreclosures from the 1990's to come to this conclusion. I instantly had issues with the study, given that the 90's downturn was due to a recession rather than a massive bubble, because home prices dropped far less then vs. now, and a much smaller percentage of the population was affected. How anyone could think that period was indicative of what we could expect this time around was a clear example to me of how economists regularly get lost by failing to take into account basic common sense. You'd think they'd get that after nearly universally missing the housing and credit bubbles which got us here in the first place. I wasn't the only one who thought this study was off base and I thought the folks over at the Kellogg School addressed its short comings nicely in their study on Strategic Default.

Now perhaps, with this latest study, the Fed is finally getting a clue and coming to the realization that addressing negative equity will ultimately be a required part of getting back to a healthy housing market. And if so, what's next? Nick Timiraos noted today that Barney Frank doesn't think we can force lenders to lower principal balances. But perhaps the quiet move on Christmas Eve by the Treasury to remove the cap on funding to Fannie Mae and Freddie Mac is an effort to get this done through the backdoor... at taxpayer expense.

No question in my mind that we have to address the negative equity problem. The only question now is how. Will the powers that be try to sneak it onto the back of taxpayers, will they force lenders to eat the losses potentially pushing our financial system back to the brink of collapse, will there be a national discussion and administrative leadership on how to best deal with the excess $4 Trillion in housing debt, or will they continue to extend and pretend with foreclosures trickling out for years to come? My money remains on the last choice, but I'll be watching closely.