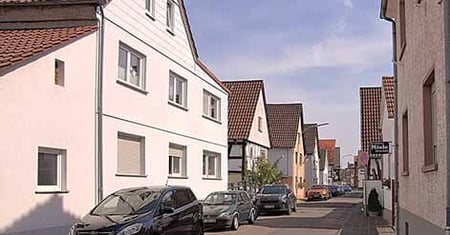 I've spent quite a bit of time on the phone, and on TV, with reporters, this week after the NY Times published a front-page story titled: "Where Home Prices Crashed Early, Signs of a Rebound".The article cites the many positive signs that we are seeing not only in Sacramento, but elsewhere throughout the hardest-hit areas in the state: large year-over-year sales increases, inventories far lower than they've been in months, and stabilizing prices.

In a follow-up by Dan Simon for Wolf Blitzer's Situation Room on CNN, I was quoted repeating these facts and saying that affordability had returned to Sacramento and the market activity was "healthy". I was not misquoted, or even taken out of context - but it's only half the story. I do think prices are where they should be in Sacramento. The median home price is about 25% higher than 2000, but so are median wages, putting prices right where they should be on the historic trend line.

This newfound affordability has enabled new home buyers and investors to re-enter the market and as a result sales volumes are great. But these aren't normal times. Between 2000 and today Sacramento's median price has gone from $135k to $394k and back to $169k - a fall of 65%. And in the wake of that fall we've left 30 percent of homeowners with a mortgage in California, and likely a far higher percent in Sacramento, underwater in their homes.

It will take years to clean up the negative equity that the housing bubble left behind - in fact despite all the news about the high number of foreclosures we have barely scratched the surface to date. To suggest that prices are about to rebound, or point to this as a sign of economic recovery completely fails to grasp the gravity of the situation still faced by millions of homeowners around the nation who are stuck upside down in a prison of debt. With consumer spending responsible for 65% of GDP, you simply can't have 30 percent of CA, and 20 percent of US, homeowners with a mortgage underwater and have a healthy economy.

That does not mean I think we are in for another big fall in home prices. Although over-correction is historically the norm, I think it is possible we are finding a healthy bottom as long as unemployment and interest rates don't get significantly worse. I just simply can't see any real "rebound" or "recovery" in home prices for years to come in light of the significant negative equity problem that remains. Not to mention the fact that prices shouldn't be higher as we've only just now returned to sustainably affordable price levels absent the toxic loans that got us here in the first place. Finally, both stories pointed to this as perhaps a sign of things to come for the rest of the nation. Given the 65% drop in the median price before possibly finding a bottom, let's hope not.