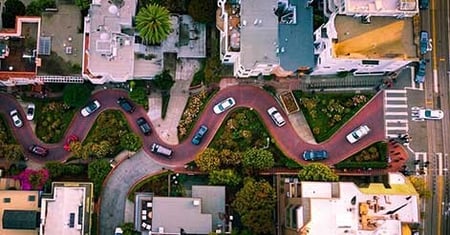 Two big pieces of news today on the foreclosure front:

‍Before I share my thoughts on each of these cases, let's start with some background:

When the whole robo-signing scandal first erupted, we predicted that in the end, it would do little more than cause delays. This prediction angered many who believed that just because the lender used certain practices that have been called into question, the lender should be unable to foreclose. Two practices, in particular, have been the rallying cry for those that believe they should be able to stop making their payments, yet stay in "their" house forever without risk of foreclosure.

Robo-signing is a practice where an employee signs computer-generated documents, typically foreclosure-related affidavits, without personal knowledge of the facts being attested to. When you consider the millions of foreclosure actions the banks have to process, and our reliance on computers these days, this practice should not have been a surprise to anyone… it makes sense. But the law often doesn't keep up with common sense, and the banks are now paying for having gotten ahead of the law. In the end, it is hard for us to see how a court of "justice" would deem it fair that one party, the lender (typically taxpayers these days) should lose everything, over whether or not a person who signed a document personally verified all the facts. There are those that will say the facts were wrong, but that doesn't pass the common sense test… does anyone really believe that everyone being foreclosed on has actually been making their payments? Sure real mistakes occasionally happen, but those happen with or without robo-signing.

Another place the law hasn't kept up with common mortgage banking practices is the requirement to record an assignment when the loan is transferred from one lender, or more specifically "beneficiary", to another. The particular problem is that with mortgage securitization it's a bit unclear who the beneficiary is, as the role of lender is now split between the underlying investor, and the servicer who collects the payments. To simplify things, and to lower the costs of transferring loans between investors - a market that at the time was quite liquid -  the banks created their own system for tracking these loans called Mortgage Electronic Registration Systems or MERS. Like using robo-signers, it was a common-sense solution, but one that some certainly argue the law does not support.

Since the day these two issues have come to light many have come to believe that these practices would lead to a huge windfall for homeowners by at least forcing the banks to negotiate, or at best leading to the loan being wiped out completely - a free house.

While we absolutely believe lenders should be held accountable for their role in the credit bubble that has left millions of homeowners underwater, these two issues are just a side-show, a distraction, and it's keeping us from getting to the main event - dealing with the trillions of dollars in negative equity that continues to strangle homeowners, the housing market, and the economy itself.

‍Yesterday the Michigan Supreme court reversed a surprising appeals court ruling, reestablishing MERS authorization to foreclose in Michigan, and ending the chaos the earlier ruling created by leaving the status of thousands of earlier foreclosures in question. Given our position above it should be obvious this was the outcome we expected. It's also what we've seen elsewhere. There have been a handful of wins to date against MERS, but all that we are aware of have been by lower courts, some of which one might argue were delivered by "activist judges" who were more focused on slapping banks for their behavior than on the proper application of the law. As these cases slowly work their way through to the top, we believe that mortgages and foreclosures in which MERS was involved will be allowed to stand, as was the case in Michigan yesterday. That said, please understand that we do think MERS should be better regulated, providing more transparency to homeowners on who currently holds the mortgage and note on their property, and establishing clear requirements on the transfer of both.

‍The Nevada Robo-Signing IndictmentsA Nevada grand jury has handed up criminal indictments against two Lender Processing Services employees for filing foreclosure documents without proper legal review. Again, we believe lenders should be held accountable for their actions, and in those cases where mistakes of fact have been made, there should be consequences. As foreclosure data providers we do see mistakes, like transposed parcel numbers, that lead to the wrong property being foreclosed on. We've never seen these foreclosures not immediately overturned as soon as the mistake was brought to light. Certainly, the lender should make those who are a victim of such a mistake whole. No question. But should it really be a criminal offense for the person that signed the document to not have personally verified all those facts? We think that's ridiculous. We are well past the days where your banker knew you personally, drove by your house before making the loan, and saw you each month when you brought your payment in. That's all computerized now, and so are the foreclosure affidavits, the records of payments, mortgage assignments, etc. We'll learn more about this case in the days ahead, but unless the acts of the Lender Processing Services employees that were indicted were far more devious than signing documents spit out by the computer without verifying facts, then these indictments seem completely misguided and vindictive to me.

That's our two cents, we'd love to hear your thoughts.