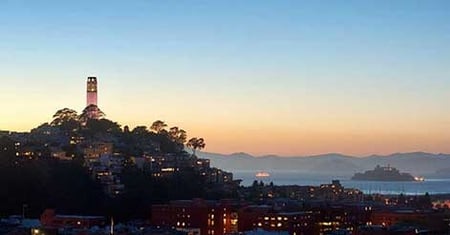 Foreclosure starts soared during the month of August in states along the country's western coast, reversing what had been a declining trend over the past several months, according to the tracking firm "ForeclosureRadar"

The California-based company keeps close tabs on foreclosure activity in the states of Arizona, California, Nevada, Oregon, and Washington. ForeclosureRadar recorded a spike in the first notice filed in the foreclosure process across its five-state coverage area last month.

ForeclosureRadar says the jump appears to have been primarily driven by Bank of America and its related entities, which initiated 116 percent more foreclosures in August than in July. Wells Fargo and U.S. Bank also saw increases in foreclosure start filings, while filings by JPMorgan Chase and Citibank were essentially flat.

"Bank of America appears to be primarily responsible for the surge in foreclosure starts this month," said Sean O'Toole, founder, and CEO of ForeclosureRadar.

"Since their average time to foreclose has recently increased to more than a year, it is unclear that these foreclosure starts will lead to an increase in foreclosure sales anytime soon,"" O'Toole noted.

Foreclosure sales also increased throughout most of ForeclosureRadar's coverage area in August.

Investors bought more properties on the courthouse steps in August than in July everywhere except in Washington, while the number of properties taken back by the bank jumped significantly in Oregon and also rose in California and Nevada.

Foreclosed properties sold back to the bank as REO, however, continued a five-month decline, with an 8.0 percent drop from July to August, and a 42.8 percent drop