The housing crash was no accident; maybe it’s time to start assigning blame! 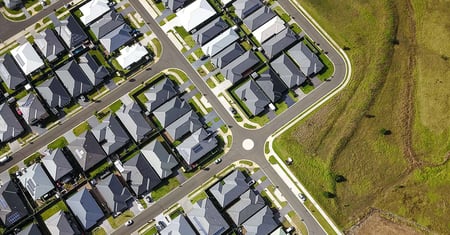 If you have ever been in an auto accident, you know that insurance adjusters from both sides examine the accident to determine comparative negligence. If the fault was fifty percent yours, you are responsible for 50 percent of the damage.

Having tracked hundreds of thousands of foreclosures, we have yet to see a single case where the owner was making their payments, did everything right, and still lost their house. This seems to be lost on most that see foreclosures as “the problem”.

We have long said foreclosures are not the problem, negative equity is. Despite what you may hear about the housing crisis, negative equity was not caused by a downturn in the economy, nor job loss. A run-away credit bubble caused it. While we believe banks and government deregulation were primarily to blame, do homeowners really have no responsibility?

Both of these examples are of people who took cash out of their homes. Should the rules be different for them, than for those who purchased with no money down and never took cash out, but are now upside down? And what about those who did everything “right” and put 20 percent or more down, yet now find themselves underwater?

These are real questions of fairness that we rarely see addressed.

First, it seems to us that it would be fair and equitable, to not allow any principal reductions on cash out. Instead, we think the underwater, cash-out portion of any mortgage should be converted to unsecured debt. This allows lenders to fully pursue collection while allowing borrowers the right to eliminate the debt in bankruptcy without fear of losing their homes. If the borrower doesn’t want this option, then they can try to negotiate a short sale, or deal with the consequences of foreclosure - fair all around.

As for principal balance reductions, those should be strictly limited to amounts used to purchase a home, where the home has since fallen in value, through NO direct fault of the borrower. This is fair because banks were in a far better position to realize that prices were unsustainable at the peak than the average homeowner, who kept hearing that prices would only go up, or that there was no bubble.

What’s most unfathomable to me is why anyone condones breaking the law by suggesting it's ok to break and enter into homes that have been foreclosed on. Even if one intends to take a stand, is that really the right way? And is foreclosure actually bad for homeowners? Why in the world would anyone take a stand against a process that, at least in California, allows you in many cases to walk away from a huge debt with nothing but a hit to your credit report. In some countries not paying one's debts means jail time.

The saddest thing I see today is that the worst actors, who signed up for the worst loans, and cry the most about unjust foreclosures are the most likely to get help from the banks. While prime borrowers with great credit, traditional 30-year financing who didn't use their house as an ATM, and showed respect for the law, rarely get a decent loan modification no matter the circumstances and often have short sale requests declined.

What do you think? Can you honestly say only the banks are to blame?