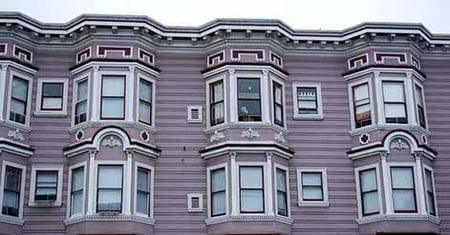 While I've previously written about the confusion around the term shadow inventory, it is now increasingly used to refer to properties that are delinquent, or in foreclosure, rather than unlisted bank owned homes. Standard & Poors recently posted a well written analysis of shadow inventory, and has jumped to the conclusion it will likely "undo U.S housing price gains".They estimate that the current backlog of distressed mortgages will take just under 3 years to clear. They call that estimate conservative... I think it is likely optimistic given that delinquency rates are still climbing. Still it is a reasonable guess. Here in CA we have one million homeowners who are already delinquent, and we seem to be clearing about 25-30k a month based on foreclosures and short sales (which are the only "solutions" that are actually clearing the distress by eliminating negative equity). Divide one million by 30k, and you come to the same 33 month conclusion they reach.

Another interesting part of the report deals with recently cured loans... those no longer delinquent, primarily due to loan modifications. They suggest that these should be included in calculations of shadow inventory, as they have had a nearly 70 percent rate of recidivism - in other words, most become delinquent again because the loan mod failed to address the core problem of negative equity. Seems like a reasonable conclusion to me.

Where I take some issue with Standard & Poors assessment is there conclusion that liquidation will lead to lower housing prices. They come to this conclusion based on the simple idea that an increase in supply will lower prices. There is some truth in that notion. For example we certainly have seen some pricing strength recently due to efforts to slow foreclosures which have clearly constrained supply, while at the same time demand has been stimulated with low interest rates and tax credits.

But this simple supply/demand theory of housing prices fails to adequately consider the fact that housing is highly leveraged, and that price is primarily a function of income and loan terms, and only secondarily supply and demand. Worse, this over-simplistic supply/demand model has led many to believe that foreclosures cause price declines, when in fact it is exactly the opposite... price declines cause foreclosure.

Note that the foreclosure crisis started in earnest in late 2006, however, price declines did not start until lenders removed the ridiculous loan products that enabled people to over pay in August of 2007. At that point we had a precipitous drop in price... not due to foreclosures, but instead due to the fact that people simply couldn't afford the prices reached during the bubble without those loan products.

Foreclosures and housing supply grew rapidly during the price correction, but those who think the correction was due to either these foreclosures or the growing supply are terribly mistaken. Instead it was simply a correction back to reasonable prices, that buyers could afford based on their incomes and the more traditional loan products that remained available.

Unfortunately the belief that foreclosures and supply caused those declines remains all too common as yet again evidenced by the conclusion of this report. It is a belief that is delaying our recovery as government works to artificially constrain supply by slowing foreclosures, leaving homeowners stranded in prisons of debt, and buyers with little available inventory to choose from.

The reality is that there is a bottom to housing prices. People need a place to live and are willing to spend a certain portion of their income on housing to do so. Investors need to find returns, and there is a point where buying homes as an investment make sense. In many parts of California we've returned to those prices levels. And in those areas that have already corrected withholding supply won't return prices to prior levels... people simply can't afford it. And contrary to Standard & Poors' analysis increasing supply is just as unlikely to cause further price declines... people need a place to live, and investors are too desperate for reasonable returns.