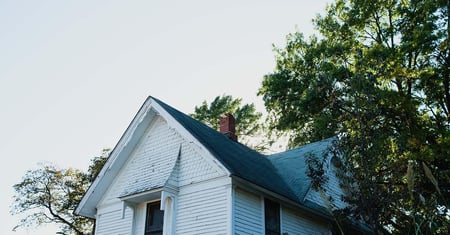 In the '90s quite a few foreclosure investors realized the best way to maximize income was to focus on rents rather than appreciation. One popular way to do this was to "reconfigure" homes to maximize the number of "legal" section 8 bedrooms. As a result, you'd find houses with part of the living room turned into an additional bedroom, master bedrooms split into two, funky add ons, often built without permits, and the like. The workmanship was always shoddy, and some of these properties became downright maze-like in their attempts to increase rents while buying foreclosures in CA's Central Valley at auction, where you often don't get to look inside the property before purchase that you can't always judge a book by its cover.

After finding a few of these properties and talking to some of the "old-timer" agents I compiled a hit list of slum lords whose homes I simply didn't want. Amazingly as markets shifted to the seller side, these slum lords sold those dumps at incredible premiums only to have them inevitably end up at the foreclosure auction. With prices off 40-50% in parts of the Central Valley, we are quickly returning to a market where investors will focus on cash flow rather than appreciation. I cringe when thinking about all the homes that will suffer the chainsaw massacre of Section 8 "optimization".