Part 6 - Why homeowners deserve a bailout 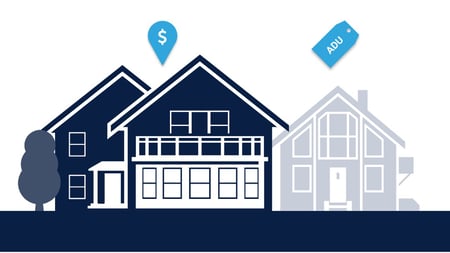 Part six of a nine-part series.‍

Many people insist that taxpayers shouldn't "bailout" deadbeat homeowners. But the typical argument--that homeowners created the current situation and should take personal responsibility for their own problems--is wrong.

During the housing boom, homeowners, by and large, did what they've always done. They spent as much money as they thought they could afford to buy a house. And most of them did that with significant encouragement from President Clinton, President Bush and Alan Greenspan, who went as far as to suggest homeowners should use adjustable-rate mortgages to save tens of thousands of dollars.

At the same time, industry associations spent millions to perpetuate the idea that there was no housing bubble and house prices would only continue to rise.

It should be obvious that banks shouldn't lend money beyond the borrower's ability to repay it. That's why longstanding usury and other predatory lending laws are on the books. The world's leading economists in financial firms and government should have figured out that lending at levels twice what was supportable by local-area incomes was unsustainable. And they alone should take the blame for their failure to see what was obvious.

To say, in hindsight, that homeowners should have known better is blatantly ridiculous. And the idea that the firms that made these errors, whether they did so through greed or genuine ineptitude, should receive taxpayer-financed bailouts while homeowners are forced to pay for these lenders' mistakes or face foreclosure will be looked back upon as one of the greatest injustices of our generation.

Taxpayers who saved, lived within their means and didn't make mistakes have every right to be angry. But its time for them to realize they share the blame, as they are equally responsible for electing the politicians who repealed the protections that would have prevented this crisis.

Now that isn't to say I think every homebuyer or borrower that got in over their heads deserves a free pass and taxpayer bailout. Quite the contrary. But it is high time we recognize that they were given the rope, and cheered on the whole way, towards hanging themselves.

‍Next: How to wipe out $4 Trillion in excess mortgage debt