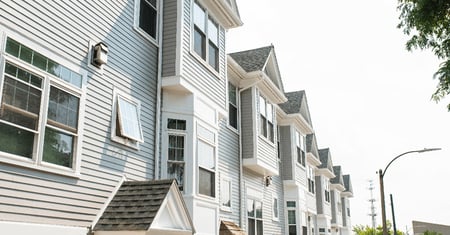 Mortgage Forgiveness Debt Relief Act of 2007 Will Likely Be Extended‍

We expect Congress to extend the Mortgage Forgiveness Debt Relief Act of 2007, which played a major role in this year’s rise in short sales and principal reduction loan modifications.

The Act, which expires on December 31, has been a huge help to people whose mortgage debts have been forgiven or reduced over the past five years. Here’s why:

According to the IRS, if you owe a debt to someone else and they cancel or forgive that debt, the canceled amount may be taxable income.  The Mortgage Forgiveness Debt Relief Act generally allows taxpayers to exempt mortgage debt forgiven by a lender in a loan modification, short sale or foreclosure. The provision applies to debt forgiven from 2007 through 2012.  Up to $2 million in forgiven debt is eligible for the exclusion ($1 million if married and filing separately).

If the Act is not extended, next year borrowers will have to claim debt reduction or mortgage relief as income on their 2014 federal tax returns. For some people, the tax liability could amount to tens of thousands of dollars. For example, a $200,000 reduction in principal could produce a tax bill of $50,000 or more.  According to an article in the New York Times, the Act saved borrowers more than $1 billion in taxes in 2011.

The Obama administration, the Federal Reserve and members of Congress on both sides of the aisle recognize that a recovery in the housing market is one of the quickest ways to boost economic growth.  They also know the Mortgage Relief Act has helped thousands of homeowners avoid foreclosure.

Given the popularity of the Mortgage Debt Relief Act and the potential for serious political fallout if the act is not extended, we doubt politicians will let the law expire. We could be wrong, of course, but politicians typically want to get re-elected, and allowing the Mortgage Forgiveness Debt Relief Act to expire seems like political suicide to us. Our concern, however, is the Act will get lost amidst the political wrangling over the “fiscal cliff” and overlooked.  We certainly hope not.

So what do you think?

‍UPDATE - The Mortgage Forgiveness Debt Relief Act was extended as part of the fiscal cliff deal reached last night! Actually a little closer to the wire than we expected, but no surprise, there was strong bipartisan support for this, they just needed a vehicle by which to get it done.