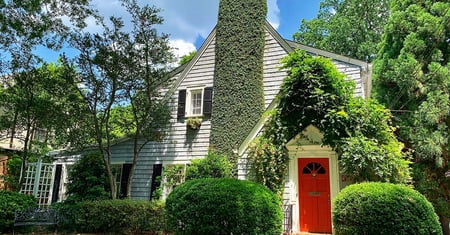 Perhaps encouraged by the impact of government intervention on the foreclosure crisis our representatives in Sacramento have been busy with more foreclosure related legislation. Several changes are in the works.

For those interested in the nitty gritty, here are the details.

SB 1178 has passed muster in the Senate and is now awaiting discussion in the Assembly. The bill intends to amend Code of Civil Procedure section 580b that pertains to deficiency judgments to add the following language:

For purposes of this section, a loan used to pay all or part of the purchase price of real property or an estate for years shall include subsequent loans, mortgages, or deeds of trust that refinance or modify the original loan, but only to the extent that the subsequent loan was used to pay debt incurred to purchase the real property.SEC. 2. This act shall become operative on June 1, 2011, and shall apply only to actions filed after its operative date.If enacted, the anti-deficiency protections afforded under Civil Code section 580 will be extended to borrowers who refinanced their original purchase money loan. The California Association of Realtors (C.A.R.) is the leading advocate for passage of the bill based on the equitable argument that to do so is fair because the substantive character of the debt, which was to buy the house, didn’t change just because the loan was refinanced in favor of different loan terms. In fact, C.A.R. says that not to extend the protection to refinanced loans would actually be unfair because consumers who refinanced purchase money mortgages were almost universally unaware that new personally liable was being acquired along with the refinance.

Opponents say that that SB 1178 simply perpetuates the same kind of excess borrowing behavior that contributed to the current conditions resulting in historic levels of negative equity. In addition, the bill will encourage strategic defaults by borrows who have the capacity to continue to make their mortgage payments.We at ForeclosureRadar support this bill. We believe all mortgages should be non-recourse, even cash-out. Our reasoning is simple, homes should not be used as piggy-banks to pilfer, and lenders will be less likely to make cash-out loans if they can't come after homeowners in the even of default. By making mortgages non-recourse lenders would be forced to more carefully consider the value of the property, and their ability to recover losses, which we believe is good for homeowners and lenders. That said we do believe there should be full recourse if the borrower commits fraud, or commits waste (damages the property).SB 1275 will delay foreclosure until after final determination of loan modification and, further, will give a right of action against a servicer who sells a home at trustee sale in error.

SB 1275 has also passed the Senate and is now before the Assembly. The principal purposes of the bill is to amend Civil Code Sections 2923.4 et seq to prohibit a loan servicer from commencing foreclosure until the homeowner has been given a final determination on their loan modification. The bill will also add Civil Code Section 2923.75 to provide damages through a private right of action against a loan servicer that sold a home at trustee sale in error, and in some instances allow rescission of the sale.There is a lot to SB 1275 which is summarized as follows:

1. Applies, with one exception (see # 3, below) to mortgages and deeds of trust recorded prior to January 1, 2009, which are secured by single-family, owner-occupied, residential real property;

2. Requires the following before recording a Notice of Default:

a. A borrow must be given a specified notice concerning their foreclosure-related rights, and explaining foreclosure avoidance options;

b. A borrower must be given an application for a loan modification;

c. A borrowers written application for a loan modification or other alternative to foreclosure must be evaluated;

i. If the servicer determines that a borrower is not eligible for a loan modification, the servicer must send the borrower a timely denial explanation letter at least 15 days before the servicer records a NOD. The letter must contain several listed details including instructions on how the borrower may dispute the decision;

3. Requires the following concurrently with recording a Notice of Default regardless of whether the mortgage is secured by single-family or multi-family residential real property or commercial property:

a. If taken back by the bank, the borrower may void the sale;b. If bought by a bona fide third party, the borrower can recover the greater of $10,000 or treble damages from the entity that failed to properly record a declaration;

5. These requirements are exempted in cases where a borrower has already surrendered the property, has contracted with an organization or other entity that advises borrowers on how to "game" the foreclosure process, or has filed for a bankruptcy that is still before a court;

7. Expands SB 1137 to include mortgages and deeds of trust recorded prior to January 1, 2009, which are secured by single-family, owner-occupied, residential real property;

8. Requires that concurrently with recording a Notice of Default on a loan that is subject to the requirements of SB 1137:

a. The borrower be mailed a separate letter, via certified mail, which includes the dates and times of, and addresses and telephone numbers used to contact (or to attempt to contact) the borrower, pursuant to the requirements of SB 1137.

According to it’s authors, the purpose of SB 1275 is to avoid unnecessary or mistaken foreclosures; encourage fair treatment of borrowers; provide greater transparency foreclosure modification decisions; and provide borrowers with a remedy against servicers who do not comply with the law.

As would be expected, there is some high profile opposition to SB 1275. A coalition of financial services and building industry trade groups, together with the California Chamber of Commerce, sent the Senators a joint letter of opposition. "While we endeavor to understand the intricacies of this measure and its impact, we argue that the bill exemplifies an overly complicated formula that will be layered onto recently enacted borrower outreach efforts to further frustrate and prolong existing foreclosure and loss mitigation efforts." The coalition further wrote that SB 1275 would add to the complexity of the loss mitigation process for servicers and create a series of procedural traps that will lead to ever-increasing litigation.

When introducing AB 1639, the authors acknowledged that the foreclosure solutions thus far have been largely unsuccessful. The voluntary programs implemented in the loan modification process have required borrowers to trust their lenders to help them avoid foreclosure but have not established the necessary atmosphere of accountability and transparency. The authors go on record to criticize The Home Affordable Modification Program (HAMP) saying, “the numbers are less than successful.” Pointing out that HAMP was designed to assist 3-4 million homeowners, yet after eighteen months of implementation, 1.3 million temporary modifications offers have been extended with only 170,000 made permanent. Which suggests that the terms of the 1.3 million temporary offers may have been less than reasonable.

According to it’s proponents, AB 1639 is aimed to establish a foreclosure mediation process that will require lenders and borrowers to meet face to face with a neutral third party to work out a loan modification, or to determine if a modification is not appropriate and work out an exit from the home that is in everyone’s best interest.In summary, AB 1639 is supposed to provide that a borrower who is delinquent on their mortgage or receives a notice of default can elect to participate in a foreclosure mediation program with their lender so they can arrive at a sustainable loan modification. If the borrower is not able to mediate a modification it would allow the borrower and lender to work out a reasonable transition plan. The thought is that homeowners will want to participate in mediation to better the chance to stay in their homes. Similarly, lenders and servicers have incentive to participate because the mediation session will demonstrate if a borrower qualifies for a modification program.

An itemized snapshot of AB 1639 follows:

1) With a notice of delinquency and notice of default the borrower is to be that a request to participate in the MWP may be made.

2) MWP applies to primary residences only.

3) Eligibility is limited to loans that originated prior to January 1, 2009, and for which the unpaid principal balance of the mortgage is no more than $729,750

5) The borrower has 30 days to request participation in the MWP.

6) Provides that if a borrower chooses to participate in the program prior to the filing of a notice of default (NOD) then the lender is not required to exercise other due diligence contact requirements as currently mandated under the law.

7) The borrower must complete an election form either via Internet Web site, email, telephone, or via mail service.

8) The program administrator shall implement rules and standards for the MWP, as specified and collect all require fees.

9) Within 10 days of requesting to participate in the MWP, the borrower shall submit specified documents to the program administrator.

10) Within 10 days of receiving notice that the borrower has elected to participate in the MWP, the lender shall likewise submit specified documents to the program administrator.

11) The foreclosure process is suspended during the time the borrower is participating in the program.

13) Prohibits continuances of the MWP session(s) unless certain conditions are met.

14) Specifies that the lender may, but is not required to, agree on the terms of a loan modification.

16) If a borrower fails to meaningfully participate in the MWP, the program shall be suspended, unless the borrower cures noncompliance within 10 days.

17) If a lender fails to meaningfully participate, foreclosure actions shall be suspended until such time that the lender cures noncompliance.

18) The administrator reports quarterly to the Legislature regarding the performance of the MWP.

20) The conciliation officer shall use all reasonable efforts to ensure that each MWP session is completed within 60 calendar days of the appointment.

21) The conciliation officer is to issue a report to the Administrator upon completion of the conciliation that shall state whether the parties reached a mutually acceptable resolution.

22) The act becomes operative upon issuance of a notice to the Governor by the Administrator declaring that the Administrator has the capacity to make the program available to any borrower wishing to participate in every county of the state.

23) The bill is contingent upon receipt of federal funding.

Even if this program can be set up to cover all borrows everywhere and even if federal funds are received, one can’t help but wonder whether this mediation process will really help. The borrower and lender will lack sufficient motivation to make a deal if not pressed by an approaching trustee sale date. The mediation process has long been used to resolve civil litigation matters short of trial and those mediations are always more effective if there is fear of a set trial date looming in the background. The fear of a set trustee sale may be a critical component to a successful mediation program and that is lacking in AB 1639. If it works, that’s great. But one thing for sure, AB 1639 will be another contributor to foreclosure process delays.