Housing On Steroids, Are We Addicted? 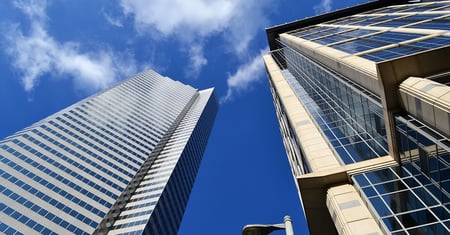 Are higher home prices really the answer to the housing crisis?

Looking back at 2009 we saw unprecedented support for the housing market in terms of government subsidized interest rates, tax credits, foreclosure moratoria and loan modifications that make subprime lending look safe. Clearly the drop from the dizzying heights homes prices reached in 2006 was staggering, and just as clearly the drop would have been far worse without this intervention. To justify this intervention one has to assume that higher home prices are in our best interest. But are they really?

Like an athlete using performance-enhancing steroids, should we be willing to risk our economic health and future for a remarkable, but likely unsustainable, performance now? Is it really reasonable to expect our current steroid induced housing market won’t come back to haunt both our personal finances and our national economy in the future?

Looking back to our previous foreclosure crisis in the 1990's, we worked our way out of that one with housing steroids as well. We started with the Taxpayers Relief Act of 1997 that incentivized every homeowner to flip-that-house with tax-free gains on real estate. As we entered the millennium the housing steroid cocktail was enhanced with a loosening of regulations and an extended period of low interest rates. This stimulus led to the greatest housing bubble in our history, the aftermath of which we will continue to deal with for years to come.

As with steroid use by athletes, there are short term artificially induced gains followed by serious negative side effects. The gain was stratospherically higher but unsustainable home prices. The side effect has been negative equity, foreclosure and recession as the steroids wore off and homes prices returned to earth. As we once again embark on injecting a powerful cocktail of stimulus into the housing market let’s look at the winners and the losers of housing on steroids.Who are the winners and losers of housing on steroids?

Is the solution to our housing crisis really more housing steroids in the form of government intervention? Might we better off by kicking the habit and returning to a sustainable market, realistic growth that keeps pace with inflation, and prices that reflect actual incomes? Ask yourself a few questions:As a homeowner, which would you prefer?

As a Realtor, which would you prefer?

As a citizen, which would you prefer?

The reality is that housing prices aren’t too low; it is our debt that is too high. Rather than continue to waste tax dollars we don’t have on temporarily inflating home prices, perhaps its time to “Just Say No” to the housing steroids that got us in this mess to start with.