Homeownership Rates Are Lower Than You Think 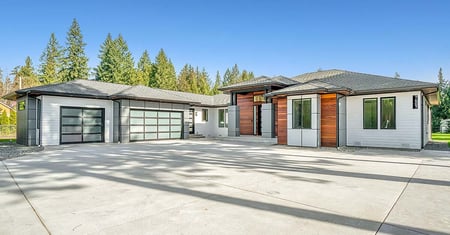 This morning a headline in my inbox caught my eye: Homeownership Rate Drops to 13 Year Low. Seems the Census Bureau has tallied the homeownership rate to be 65.9 percent, down from nearly 70 percent at the peak of the bubble. Despite the drop, I believe this stat significantly over-estimates the real rate of homeownership today. With another 9.6 percent of homeowners with a mortgage currently not making their payments, I'd argue that its time to realize the real rate of homeownership is getting close to being in the high 50's - which is closer to a 50 year low. Sure the policies of extend and pretend will keep the Census Bureau from reporting this reality for months or even years to come, but we all need to be thinking about the implications now.

For example, should the government and banks really be in the rental business? House representative Gary Miller (R-CA), introduced a bill with bipartisan support to authorize FDIC insured banks as well as Fannie and Freddie into entering 5 year lease agreements on REO properties rather than sell them. He says "Something must be done to reduce the inventory of available homes and stop the further decline in home prices," so he obviously hasn't spoken with Realtors or investors in the area he represents or he'd realize that inventories throughout California are low and that homebuyers and investors are having a hard time finding decent properties to buy. Plus unlike banks, investors fix properties up by hiring local contractors, use local property managers, and spend their income locally, all of which create much needed jobs. His bill, if it passes, is likely to hurt the CA economy more than it will help... at least in the near term.

Rather than massive government intervention, like Miller's bill, I believe the better answer is to deal with the decline in homeownership by re-igniting real estate investing. In an environment of zero interest rate policy, with baby boomers nearing retirement, this change in the homeownership rate may provide just the opportunity boomers need to get decent returns on their retirement savings. The only problem with this vision is that it's bad for banks and Wall St who can't afford to have investors move assets out from under their management. As such, expect more policies that help banks and GSE's keep homes off the market, further frustrating both homebuyers and investors.