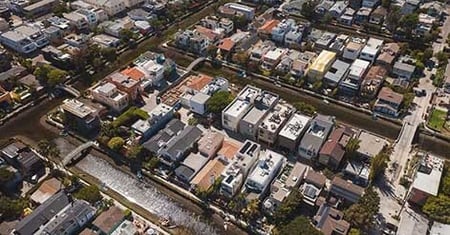 Sales last month fell enough to sit 15.1% below the average 39,357 sales for all November statistics recorded since 1988, DataQuick said.

November’s median price is the 21st consecutive month of year-over-year growth, and the 12th month in which the price gain went above 20%.

Homeownership overall became more expensive in California last month with the typical monthly mortgage payment hitting $1,418, up from $1,395 a month earlier and from $1,026 a year ago.

Research firm PropertyRadar released similar findings for November, noting that single-family home sales fell 11.5% from October and 14.3% from a year ago.

The report ties the slow down to higher borrowing costs, which are freezing out certain buyers.

"In three out of the past four months, California real estate sales have posted year-over-year declines," said Madeline Schnapp, director of economic research for PropertyRadar.  "The 100+ basis point increase in borrowing costs since May has definitely slowed market activity."