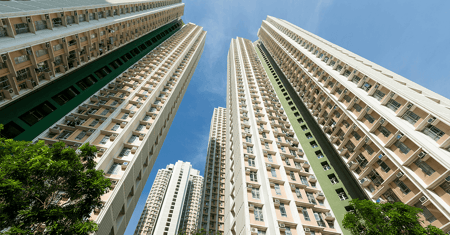 The Home Affordable Modification Program (HAMP) has done a dismal job of helping underwater homeowners. The reason is NOT because we’re spending too little on homeowner-relief programs and spending too much rescuing financial institutions, as a blog post last week on MarketWatch titled “Modified mortgages show ‘alarming’ default trend” alleged last week. The reason HAMP is failing is because it completely misses the underlying problem facing the housing market — negative equity.

A typical HAMP loan modification is designed to lower monthly payments by cutting interest rates and extending terms but does nothing to address negative equity. Mortgage terms are often extended from 30 years to 40 years, a solution that may be good for the banks, but is terrible for the underwater homeowners who get sentenced to a prison of debt for decades.

The report concludes that “the number of homeowners who have re-defaulted on HAMP loans is increasing at an alarming rate,” and adds that the Treasury Department, is not sure why so many of the HAMP permanent modifications failed and proposes further study.

What I find “alarming” is the fact that Treasury officials either can’t see, or choose to ignore, the negative equity elephant in the middle of the room.  Is it smart for homeowners who are 50 percent or more underwater on their mortgage balances to spend the next 40 years tunneling their way out of a negative equity prison one teaspoon at a time? A better choice may be a short sale or foreclosure and beginning the two- to five-year process of repairing credit.

What will most likely happen is the Treasury will spend millions, if not billions, of taxpayer dollars trying to “fix” a failed program rather than have an intelligent discussion on how to address the negative-equity problem.

The lack of conversation is likely due to the size of the negative-equity problem. Using

Federal Reserve Flow of Funds data, we estimate negative equity, or excess mortgage debt, to be in the neighborhood of $2-$2.5 trillion.  Solutions to a problem of this magnitude are painful and range from letting the foreclosure process work, accepting higher inflation, or imposing higher taxes.  Since the electorate and our elected officials are motivated by pleasure and not pain, it is unlikely the focus will shift to addressing the negative-equity problem anytime soon.

In the near term, however, scrapping the HAMP program entirely seems like a good idea. Spending more taxpayer dollars on studying why a flawed federal government refinances program isn’t working is throwing good money after bad. What do you think?‍