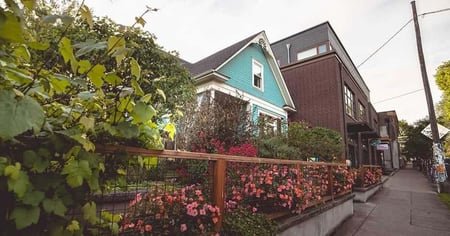 The falloff in short sales and foreclosure sales since the beginning of the year caught many California real estate professionals and analysts by surprise. We know part of the decline was seasonal, but we have good reason to believe government interventions contributed to the balance of the decline.

In a two-part-series of blog posts, we’ll discuss short sale and foreclosure sale trends and the role government intervention has played in recent declines. In Part 2, we’ll look at distressed property trends.

‍We had expected foreclosure sales to decline this year after the California Homeowner Bill of Rights became law on January 1. The law restricts mortgage servicers from advancing the foreclosure process if homeowners are working on securing a loan modification, a process called dual-tracking. Lenders caught breaking the new law are subject to civil penalties of $7,500 per loan. As 2012 came to a close, foreclosure activity plummeted and foreclosure cancellations spiked.

The decline in short sales, however, was surprising. While we suspect seasonal factors are influencing part of the drop-off the past 90 days, since January 1, it’s a safe bet that the following government interventions and the market response to those interventions are playing a role:

‍Madeline Schnapp brings more than 20 years of economic analysis and forecasting experience to ForeclosureRadar. Prior to joining ForeclosureRadar, Madeline was Director of MacroEconomic Research for TrimTabs Investment Research, Inc., a leading provider of financial research to the institutional investment community.  While at TrimTabs, Ms. Schnapp was responsible for developing several proprietary real-time economic indicators to track employment, job demand, wages and salaries and disposable income well in advance of traditional government indicators. Prior to TrimTabs, Ms. Schnapp was Director of Market Research with O’Reilly Media, and pioneered the use of web spiders to track real-time economic activity in the information technology sector.

‍About PropertyRadar®: PropertyRadar.com features unprecedented tools to search, manage, track and analyze pre-foreclosure, foreclosure auction, short sale and bank-owned real estate. ForeclosureRadar has been serving its customers for nearly five years and counts several thousand investors, Realtors®, government agencies, and other professionals among its subscribers. PropertyRadar has been cited as an authoritative source by Bloomberg, 60 Minutes, Wall Street Journal, Associated Press, and other leading media outlets. The company was launched in May 2007 by Sean O’Toole, who spent 15 years building and launching software companies before entering the foreclosure business in 2002. From 2002 to 2007, Sean O’Toole successfully bought and sold more than 150 foreclosure properties in California. PropertyRadar is privately held and based in the North Lake Tahoe Area.