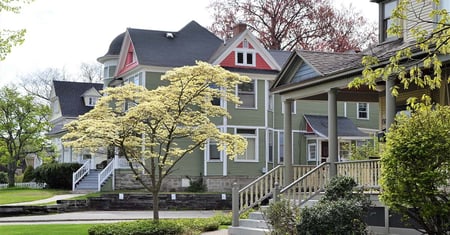 In a blog post dated April 1, 2013, we reported that the rapid decline in foreclosure sales and short sales since January 1 was likely due to government intervention. At the time of publication we listed the California Homeowner Bill of Rights and the $25 Billion National Mortgage Settlement as the primary drivers of the declines.

Since we wrote that post, additional foreclosure and short sale data has become available.  In Q1 2013 short sales and foreclosure sales have declined 18.4 percent and 46.1 percent, respectively.

Another factor undermining short sales is uncertainty surrounding the status of the California version (SB 30) of the Mortgage Debt Relief Act extension passed by Congress on January 1.

According to state legislative contacts, SB 30 passed its first policy committee and is now pending on the Senate Appropriations Committee Suspense File (a legislative process that is used to review bills that cost more than $150,000).  A decision about whether the bill exits the “suspense file” status should occur in the final week of May. Until then, debt excused in a short sale may be subject to California income tax.

Finally, a research report from Barclays cites provisions in the California Homeowner Bill of Rights that significantly increase the litigation risks for servicers.   Rather than risk incurring thousands of dollars in legal costs, servicers have become significantly more cautious in carrying out foreclosure sales.‍

‍Madeline Schnapp brings more than 20 years of economic analysis and forecasting experience to PropertyRadar. Prior to joining PropertyRadar, Madeline was Director of MacroEconomic Research for TrimTabs Investment Research, Inc., a leading provider of financial research to the institutional investment community.  While at TrimTabs, Ms. Schnapp was responsible for developing several proprietary real-time economic indicators to track employment, job demand, wages and salaries and disposable income well in advance of traditional government indicators. Prior to TrimTabs, Ms. Schnapp was Director of Market Research with O’Reilly Media, and pioneered the use of web spiders to track real-time economic activity in the information technology sector.

‍About PropertyRadar®: PropertyRadar.com features unprecedented tools to search, manage, track and analyze pre-foreclosure, foreclosure auction, short sale and bank owned real estate. PropertyRadar has been serving its customers for nearly five years and counts several thousand investors, Realtors®, government agencies and other professionals among its subscribers. PropertyRadar has been cited as an authoritative source by Bloomberg, 60 Minutes, Wall Street Journal, Associated Press, and other leading media outlets. The company was launched in May 2007 by Sean O’Toole, who spent 15 years building and launching software companies before entering the foreclosure business in 2002. From 2002 to 2007, Sean O’Toole successfully bought and sold more than 150 foreclosure properties in California. PropertyRadar is privately held and based in the North Lake Tahoe Area.