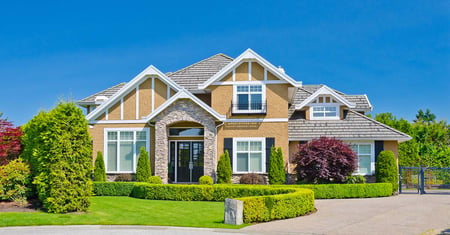 While Congress continues to debate how to best re-regulate financial institutions to avoid repeating our past mistakes, I believe they have unwittingly set us up for a coming mini-bubble in early 2010.

It started with their well-intended efforts to stop foreclosures, ostensibly to keep prices from falling further. Through such programs as the Home Affordable Modification Program, relaxation of mark-to-market accounting rules, changes to foreclosure rules, and even overt threats they have significantly slowed foreclosures, and dramatically restricted the supply of homes for sale.

At the same time, by renewing the first-time homeowner tax credit and encouraging the Fed to keep interest rates artificially low by backing mortgages with taxpayer funds, the government has increased the demand for homes.

The goal of these measures is ostensibly to aid the housing market (read “keep prices from falling further”) by attracting buyers, while simultaneously preventing the purported wave of foreclosures from crashing on the housing market. For what it’s worth, attempts to constrain supply and stimulate demand are working. These days it’s not unusual to see ten offers on a house in California, as unbelievable as that may seem.

And so comes the mini-bubble. Stimulated demand with limited supply will have the inevitable effect of artificially inflating prices. Again.

To be clear I don’t expect this to be a significant bubble. Lending and appraisals remain far too constrained to let what happened earlier this decade repeat itself. Prices aren’t about to magically double. And that is kind of my point. There is ZERO chance we are going to get back to the price levels reached in 2005. We simply don’t have the incomes in California to support those prices without 1% negative amortization teaser rates – which I for one hope are not coming back.

Even if we could artificially stimulate our way back to 2005 price levels, would it really be a solution? Should it even be the goal?

Maybe it is time we realize that it is far healthier to have prices at levels that people can actually afford, given loan terms and interest rates that are sustainable for the homeowner and attractive to an investor other than the Fed. Anything else is simply setting us up for future failure. How can anyone think that prices won’t fall if the Fed someday stops artificially lowering interest rates, or Congress stops stimulating demand?

This boom-bust yo-yo effect is the unhealthy result of stopgap solutions that deal with the symptoms, rather than substantive solutions that address the root problem – unsustainable negative equity. Until everyone realizes that we can’t eliminate that negative equity through artificially higher prices, don’t expect a truly stable housing market. Instead, buckle up and prepare for the ride – with more ups and downs to come.