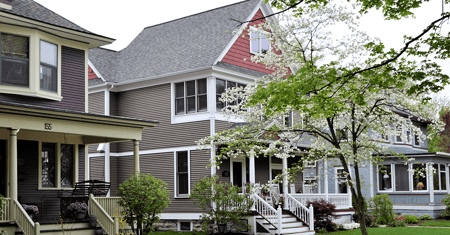 This Reuters headline caught my eye tonight. According to the article, Bernanke said "A widespread decline in home prices is a relatively novel phenomenon, and lenders and loan servicers will have to develop new and flexible strategies to deal with this issue." Novel unless of course you were alive for any of the previous declines, like say 15 years ago in the early '90s.According to the news last week you would have thought the crisis had been averted, there is no current or pending recession, and unemployment is dropping. Yet in his prepared remarks, Bernanke says (emphasis added) "High rates of delinquency and foreclosure can have substantial spillover effects on the housing market, the financial markets, and the broader economy."

Can have? Does he not get that we have been in record foreclosure territory for nearly a year - far exceeding all past experiences - and that based on current foreclosure data it is getting worse, not better? Readers of our CA Foreclosure Report have been well aware during that time, and our April CA Foreclosure Report, to be released next week, will once again show lenders taking back a record number of properties.

At what point does this stop just being an academic possibility? It has been very heartening to hear reports of strong sales activity again from local Realtors as affordability has begun to return to certain areas of CA. But the foreclosure crisis is far from over, and as the Fed apparently is just now realizing, it can have impacts far beyond housing. For those of you investing right now, be careful to keep an eye on cap rates and know that we may still have some interesting times ahead.