Want to know when prices will rise? Ask the government! 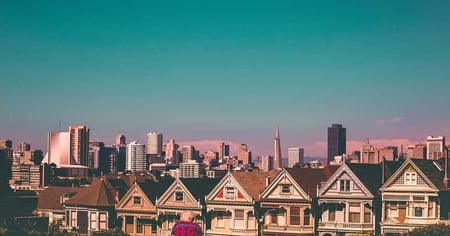 Almost everyone has seen the following chart that accompanied Robert Shiller’s book Irrational Exuberance, Second Edition. What everyone notices at first glance is, of course, the steep increase in prices on the right side. But when I first saw it something else caught my eye.

What I noticed immediately was that if you bought a house in 1955 and sold it in 1999, the house actually lost value. Seem ridiculous. Those of us in California immediately think this couldn’t apply to us given the price increases we've seen over the years. But it can, and it does. The thing about this chart is that it has been adjusted for inflation. The reality is that most of what we think of as home price appreciation is really inflation. In other words, it’s not the value of the house going up, but the value of the dollar going down. And it’s not just home prices that have risen. The second thing I noticed about this chart was the dramatic price increase in the 1940s, and the home price bubbles in the '20s, '30s, '70s, and '80s. While much research has been done on these price increases and bubbles, I began to suspect one simple cause that in hindsight is blatantly obvious… and has nothing to do with irrational behavior on the part of buyers as some have recently concluded. In the early 1920s, mortgage debt tripled due to lax lending standards. In the '30s, you had the creation of the Federal Home Loan Bank, the FHA, and Fannie Mae. In the late ’40s, the GI Bill was passed introducing government subsidized 100% financing for returning servicemen. In the early ’70s, Freddie Mac was created and Ginnie Mae issued the first mortgage-backed securities – both were efforts to make homeownership more affordable. In the 1980s, adjustable-rate mortgages were introduced at the same time interest rates began to drop. In the late ’90s and the beginning of this decade, we had the Taxpayer Relief Act of 1977, the Gramm Leach Bliley Act, the Commodity Futures Modernization Act (these last two worked together to shift mortgage default risk off the banks and ultimately on to taxpayers, allowing lenders to make even more aggressive and exotic loans), and finally the lowering of interest rates by the Federal Reserve. That's right. Every single significant increase in home prices in the last 100 years was immediately preceded by government intervention. The evidence is irrefutable. Every time the government works to make housing more affordable, prices rise. This actually makes perfect sense. Buyers always have, and always will buy as much home as their banker tells them they can afford. If you make financing cheaper you increase the amount buyers can pay. But instead of getting more home for their money, prices simply rise to reflect the change. Worse yet, with the exception of the GI Bill in the 1940s each subsequent rise in home prices after government intervention was short-lived and immediately followed by a steep decline. With my new thesis in hand, I attempted to apply it to the most recent housing price bubble. The chart below shows median home prices in California from 2000 to 2009, together with median incomes, and the home price one could afford based on the most aggressive, but popular, loan product available at the time.

Amazing. Prices doubled, yet the payment one could get at those ever-increasing prices remained relatively flat. Furthermore, payments didn’t drop much once the market crashed. Hopefully, at this point, you are seeing a bigger picture. Home price appreciation is largely just inflation, and housing bubbles are a recurring failure of our government to learn from its past mistakes. Rather than looking at the big picture, government officials, and our representatives, continue to jeopardize our future with the latest quick fix to a problem they don’t seem to understand. Whether through tax benefits, subsidized financing, or regulatory easing, expect prices to rise with the onset of our government’s next grand experiment in making homes “affordable”. Just remember that you now know what comes next.