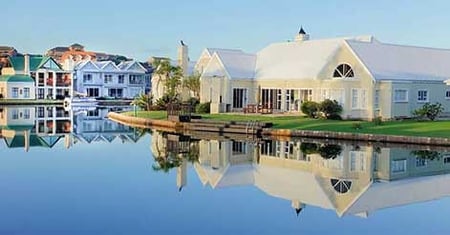 In a recent paper, the New York Fed studies the likelihood of a continuing drop in homeownership. To address the question, the authors propose that anyone who is underwater in their home should be considered a future renter:

According to Haughwout, Peach, and Tracy [the authors of the study], negative equity homeowners will face such daunting saving requirements to retain their home or purchase a new home that they will very likely convert to renters over time.

Bottom line: While the official government message is that underwater homeowners should do everything they can to hang in there, one could argue the New York Fed is already writing them off.

The Federal Reserve Bank of New York today released The Homeownership Gap, the latest article in its series Current Issues in Economics and Finance.

The collapse of the housing boom and the sharp rise in unemployment has caused the U.S. homeownership rate to fall from a high of 69 percent to 67.2 percent—essentially a reversion to the rate’s 2000 level. In this new study, authors Andrew Haughwout, Richard Peach, and Joseph Tracy raise the question: “how large will the decline in the homeownership rate ultimately prove to be?”

According to Haughwout, Peach, and Tracy, negative equity homeowners will face such daunting saving requirements to retain their home or purchase a new home that they will very likely convert to renters over time. Thus, the effective rate may serve as a useful guide to the future path of the official rate.

In an appendix to their article, Haughwout, Peach, and Tracy consider the extent to which public policy initiatives such as mortgage modification can help to reduce foreclosures and to enable negative equity homeowners to save for a new house. The authors conclude that the effectiveness of mortgage modification programs will vary with their structure: programs that reduce the principal balance on the mortgage will be appreciably more effective in supporting homeownership than those that simply lower the interest rate and extend the term of the loan.