The Impact Of Government Intervention On The Foreclosure Crisis 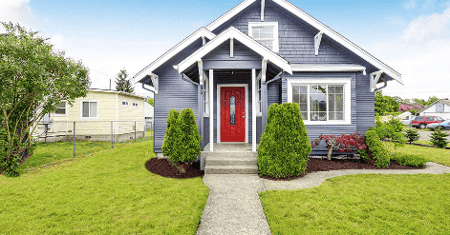 By invitation from the California State Senate and on behalf of ForeclosureRadar, I recently presented to the Joint Oversight Hearing of the Senate Banking, Finance and Insurance Committee and the Senate Judiciary Committee on the issue of the impact of government intervention on foreclosures. Here’s what our Senator saw since sometimes a picture is worth a thousand words.

SB1137 had a temporary drag effect on Notice of Default filings but didn’t slow the growth trend for long. AB2X-7 and SB2X-7 were followed by a temporary decline in Notice of Trustee filings, but the drop was short-lived as most lenders were exempt from the law.

A closer look shows the immediate effect of SB 1137 was to slash the number of Notice of Default filings from 2,979 on Friday to 174 on the following Monday.

It took four months for the number of Notice of Default filings to return to, and subsequently exceed pre-SB 1137 levels.

Viewed on a daily basis, the California Foreclosure Prevention Act was followed by an immediate drop in Notice of Trustee Sale filings from 4,192 on Friday to 268 on the following Tuesday.

Yet a month later in July 2009, Notice of Trustee Sale filings had almost returned to pre-SB2X-7/AB2X-7 levels.

Other governmental induced initiatives designed to address the foreclosure crisis were:

While the impact of the government programs has not permanently reversed the rising number of foreclosure filings, we have seen an increase in the average number of days from the filing of the Notice of Default to the Foreclosure Sale from 145 days when SB 1137 became effective in 3Q 2008 to 226 days estimated for 1Q 2010. If there is any clear impact of government efforts it is that it now takes longer to foreclose.

While government programs have been aimed at reducing foreclosure filings and encouraging cancellations once filed, they have not focused on mortgage delinquencies. If there were no delinquencies there would be no foreclosures. The problem is that the number of delinquencies continues to rise, growing from 1.3 percent to 11.3 percent of mortgages in the past three years. Where are we now? So far all of the government intervention that we have seen over the past two years, while clearly well-intentioned, has done little more than add delays to the foreclosure process, allowing banks to avoid losses by pushing the problem off to another day. New programs such as HAFA (which offers short sale and deed in lieu options) and revisions to HAMP (which address principal reduction) are improvements over previous programs because they begin to deal with the real problem: negative equity. But we’re not yet convinced that these programs won’t also fail. The potential losses are simply too great for lenders, let alone the nearly insolvent FDIC, to allow these programs to significantly reduce the excess debt created during the housing bubble.