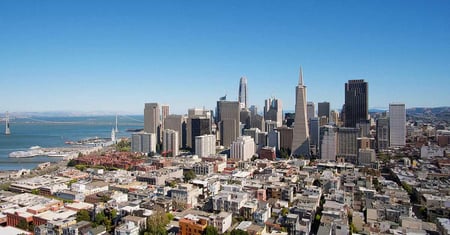 I’ve talked in the past about some of the approaches to rescuing the housing market and providing economic stimulus, such as the Treasury Department lowering mortgage interest rates, the California Foreclosure Prevention Act, the Countrywide settlement, and the Housing and Economic Recovery Act of 2008.

Despite all of these measures we remain in housing limbo, with millions of homeowners underwater on their mortgages and unable, or unwilling to make their payments; yet with few being foreclosed, as lenders and the government desperately search for alternatives. The reality is that we will likely remain in limbo until we as a society develop the political will to either move ahead on foreclosures, or bail out homeowners.

However, one effect of this housing limbo is the free rent we’re effectively giving to those homeowners, and the contribution this free rent provides to the local economy.

When homeowners quit paying $1500 per month on their mortgage, that cash is available for other parts of the family budget. I’ve purchased 150+ foreclosures, and I can’t remember a single homeowner that wasn’t broke when it came time to move. Rather than saving, they’re going out to dinner, subscribing to sports packages on TV, and buying iPhones or netbooks. Many of those purchases would have to be delayed, or foregone altogether, if they were still paying their mortgage.

By allowing banks to stall on foreclosures and keep non-paying assets on their books, we’ve enabled a redirection of resources that provides a short-term boost to the local economy, a stealth stimulus package. Whereas paying that money to the lender through mortgage payments would probably take it out of state, and maybe even overseas to China; shopping locally with that same money keeps it working in the local economy, and benefiting local businesses.

With rising unemployment, this (perhaps unintended) stealth stimulus couldn’t come at a better time for local economies. When I go out to dinner I look around and wonder—how many folks around me are out tonight thanks to a delayed foreclosure, and no mortgage payments.