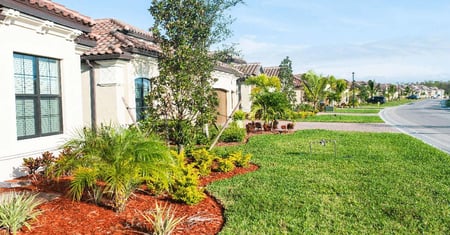 “Seasonal forces take over this time of year, so it’s normal for sales to slow,” said Schnapp.  “Comparing sales this October to October 2015, sales were up in the more affluent counties and lower in the less affluent areas.  That tells us that there is more price sensitivity in the lower-income lower-priced housing areas.”

When Southern California sales are divided into price categories, year-to-date sales of properties whose sales prices were $500,000 or less fell 7.7 percent relative to the same period in 2015 while sales of properties in all other higher-priced categories increased. The largest increase was in the $500,000 to $750,000 price category where year-to-date sales increased 9.2 percent.

“By looking at Southern California sales through the lens of price categories, you can see what drives sales trends,” said Schnapp.  “The 7.7 percent decline in sales of homes and condos priced under $500,000 contributed significantly to the overall 1.5 percent decline regionally.  As prices rise, without new lower-priced inventory, sales slow due to the lack of qualified buyers.  Also, homeowners are reluctant to sell fearing their inability to find a new home.”

“Lower-priced inventory has evaporated to a greater extent in the San Francisco Bay Area, and its impact on overall sales provides some insights into Southern California,” said Schnapp. “In the San Francisco Bay Area, sales priced under $500,000 fell off a cliff, diving 26.7 percent year-to-date. This dramatic decline was largely responsible for the region’s 10.3 percent overall sales decline.”

Year-to-date (January through October) sales provide insight into longer-term trends.  In Southern California, year-to-date sales were down 1.5 percent relative to the same period in 2015 but have been trending mostly sideways since 2009.  At the county level, year-to-date sales fell in four of the five Southern California counties. Riverside County was the only county that registered an increase in sales, while Los Angeles County registered the biggest decline, falling 2.9 percent relative to the same period in 2015.

“We are now seven years into this low volume sales environment,” said Schnapp. “The twin hurdles of high prices and low inventory are keeping a lid on sales.  The good news is that builders have been hiring, construction payrolls are up 4.4 percent over last year, and inventory should begin arriving in select counties sometime next year.

At the county level, annual price increases ranged from +4.3 percent in Riverside County to +8.0 percent in Orange County.

While the highest October median price was $740,000 in Orange County, all median home prices in the five-county region remain below their previous peaks.

“Despite the rapid runup in home prices, prices remain below their 2005 to 2007 peaks,” said Schnapp.  “In Riverside and San Bernardino counties, prices are 23.5 percent and 28.0 percent below their previous 2006 highs, respectively.”

“We are frequently asked if we think prices will continue to rise in Southern California,” said Schnapp.  “Given Southern California’s healthy job market combined with the widespread availability of many low down-payment loan products, confronted with a regulatory environment that limits new home development certainly places upward pressure on prices. That said, there’s likely to be uncertainties introduced as a new administration comes into power.”

Southern California Home Sales – Total Single-family residence and condominium sales in the following counties:  Los Angeles, Orange, Riverside, San Bernardino, San Diego.  Sales are illustrated by month from 2005 to current and are divided into distressed and non-distressed sales. Distressed sales are the sum of short sales, where the home is sold for less than the amount owed, and REO sales, where banks resell homes that they took ownership of after foreclosure. All other sales are considered non-distressed.