The Risk from Underwater Homeowners 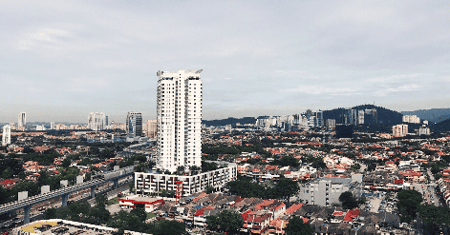 The Obama Administration's $75 billion homeowner-rescue plan offers a lot of help to people in imminent danger of losing their homes. It does far less for those who are deep underwater on their mortgages but have the wherewithal to keep making their monthly payments. And that could be a problem—not only for those homeowners themselves, but for the banking system and the economy in general.

Here's the dilemma: Many homeowners owe more on their mortgages than their homes are worth, and—rightly or wrongly—increasing numbers of them may decide to give up and mail in the keys. The taboo against reneging on debts already shows signs of fading in hard-hit markets like Phoenix and Las Vegas. More abandonments would increase losses for lenders while damaging the vitality of neighborhoods.

There's not much in the Homeowner Affordability and Stability Plan announced on Feb. 18 to deal with this looming problem. Provisions to reduce monthly loan payments for homeowners who are struggling don't prevent these so-called "voluntary foreclosures," since in many cases the payments already are affordable. The most effective way to keep underwater homeowners from walking away en masse would be a big writedown of the principal they owe. That would give them positive equity in their homes—or at least the hope for it once prices begin creeping upward again—and with it, a reason to stay put. Although the Obama plan permits principal writedowns—and even pays off up to $5,000 of principal for homeowners who remain current on their payments—they aren't required, or even central to the proposal.

Temptation to Walk Away

Writing down mortgage debt on houses that are underwater could total $1 trillion or more. The value of underwater homes could be as much as $700 billion below the mortgage values, according to financial analysts and informal government estimates. Keep in mind, though, that this is not an actual expense because no dollars would change hands: The debt holders would simply be bringing their valuations in line with the reality that many of the loans are destined to be defaulted on. And banks would recoup even less if the homes are allowed to go into foreclosure unnecessarily than they would have in a writedown, because the owners will stop paying entirely. What's more, vacant houses are subject to vandalism that further erodes their value, and foreclosures drag down the value of neighboring properties.