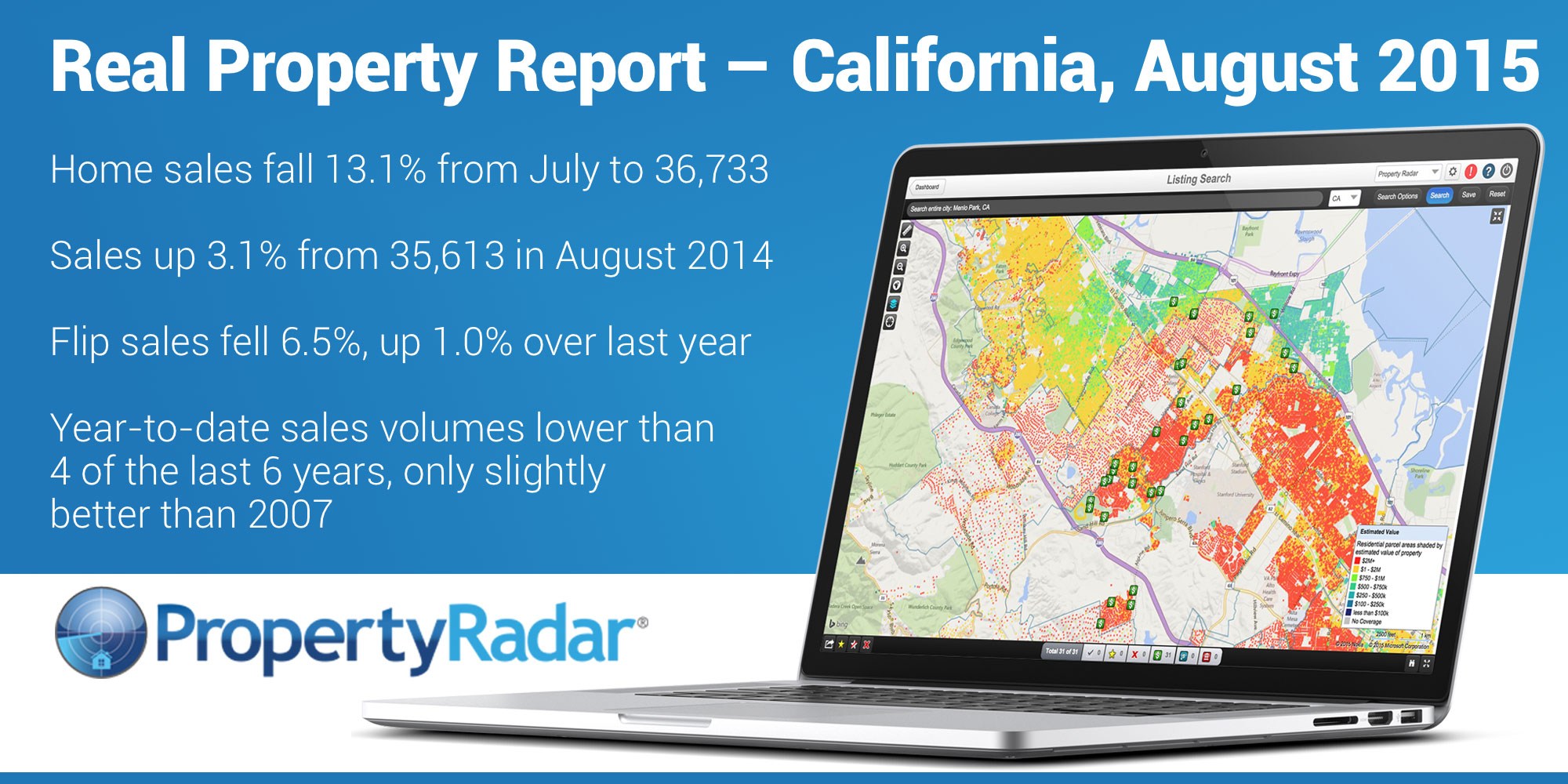 Down 13.1 Percent from July

“While we had a couple of strong months this year, ]August sales are a clear reminder that CA sales are still quite weak,” said Madeline Schnapp, Director of Economic Research for PropertyRadar.  “Year-to-date sales volumes are lower than 4 of the last 6 years, only slightly better than 2007, and far below pre-crisis volumes."

“The lack of price appreciation in August was welcome news for buyers,” said Schnapp. “Median prices peaked at $420,000 in July, its highest level since November 2007. Without higher sales volumes it is unlikely prices will push higher particularly since we are heading into the fall and winter selling season.”

On a year-over-year basis, the median price of a California home was up 4.5 percent from $397,000 dollars in August 2014 down from the double digit annual price appreciation that characterized the market in 2013 through mid-2014. Despite the slowdown in price appreciation, at the county level, year-over-year median price increases exceeded 10 percent in six of California’s 26 largest counties and two of those experienced double-digit price increases in excess of 20 percent. The counties with the largest annual price increases were San Bernardino (+11.2 percent), San Francisco (+28.3 percent), San Mateo (+21.3 percent), Santa Clara (+11.8 percent) and Solano (+11.7 percent).

“Cash sales increased as a percent of total sales in August,” said Schnapp. “We are looking forward to see what impact the stock market volatility in the past two months will have on housing, but given escrow timing, we don’t believe it had any impact in August.”