Part 3 - How the housing bubble popped 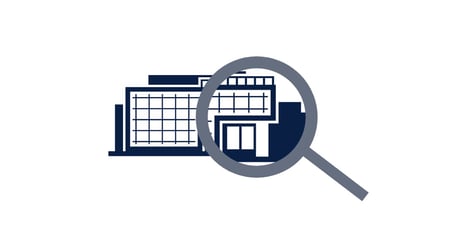 Part three of a nine-part series.‍

We've seen that the credit and housing bubbles worked together to create an apparently golden economy that would never end under what some felt was the almost God-like leadership of former Fed Chairman Alan Greenspan. So what brought this nirvana-like period to an end?

Anyone who has turned on a TV or picked up a newspaper has had the word “subprime” beaten into his or her head ad nauseam. But in fact, borrowers who had subprime loans wouldn't have had any reason to walk away from their homes if the new-economy elite had been correct in their belief that--thanks to the sophistication of their financial products--home prices would only go up. Instead, borrowers who had subprime loans would have simply sold their homes at higher prices.

The problem with creating too much credit that's offered on ever-easier terms is that eventually a wall is hit. It would have been hard to create a loan product that would have topped a payment-option adjustable-rate mortgage (ARM) with a 1 percent teaser rate and negative amortization--unless investors could have been convinced to pay borrowers to take their money. The payment-option ARM represented the peak of the market as it pushed home prices to the moon. Remember, people spend as much as they believe they can afford to buy a home, and how much they believe they can afford is based on the loan terms they're offered.

Eventually, home prices couldn't rise any higher and those who had taken on more debt than they could afford to repay, because they believed the crazy appreciation of the proceeding years would continue, found themselves in trouble. First on this list were home builders, whose sales began to slow as they continued an unprecedented building spree that had been based at least partially on artificial demand from speculators who wanted to cash in on second homes. As sales slowed, builders began to offer incentives to sell off inventory and recoup their significant infrastructure costs. As builders began to offer incentives like free swimming pools, recent buyers realized their home had lost value. As a result, defaults on subprime loans began to increase because those homeowners who already had poor credit and had bought a home with a subprime loan and zero downpayment were the first to throw in the towel. They had little to gain from staying once prices had started to fall, and they had little to lose if they walked away.

These developments led most observers to believe the problem was limited to subprime loans. This simplistic view failed to take into account the simple facts that home prices were artificially high due to unsustainable lending practices, that those prices would inevitably correct to sustainable levels, and that that, in turn, would put millions of homeowners underwater and leave them in homes that were little more than a prison of debt.

‍Next: Aftermath of the housing bubble