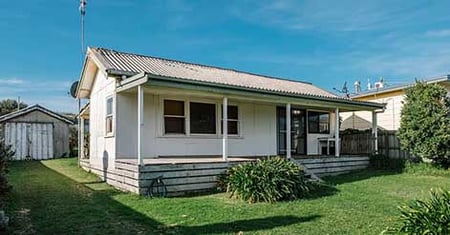 Major lenders such as Bank of America, GMAC Mortgage and JP Morgan Chase voluntarily suspended foreclosure filings in early October after certain practices commonly used during the foreclosure process were called into question.

While initially limited to judicial foreclosure states, the “robo-signing” controversy began slowing foreclosures in nonjudicial states, or states that do not require court approval, including Nevada.

Notice of default filings are also down for the second month in a row, dropping 12.7 percent from October and 24.3 percent from September.

Nevada foreclosure activity was clearly affected not only by the holidays, but also by delays caused by the robo-signing scandal, ForeclosureRadar Chief Executive Officer Sean O’Toole said.

“It wasn’t unusual to see more than a thousand foreclosure sales a week where Bank of America was identified as the beneficiary on the foreclosure notice prior to the freeze,” he said. “With the freeze in place, that dropped to less than a couple dozen a week.”

The remaining “mystery” is why the bank stopped the process in Arizona, California, Nevada, Oregon and Washington, O’Toole said. Problems in the affidavit filing process only affect the judicial foreclosure process, which none of those states use.

“It’s not clear that we’ll ever know if they actually had some documentation problems in the nonjudicial states as well, or simply stopped foreclosures everywhere in an abundance of caution,” O’Toole said.

Foreclosure starts were down across the board in November, ranging from a 9.3 percent monthly decline in California to a staggering 31.7 percent decline in Washington, the firm showed.

Bank of America, which had the largest impact on the foreclosure moratorium, started foreclosing again in the first week of December. That will likely take foreclosures back to normal levels in the coming months, O’Toole said.

“I don’t expect a wave of foreclosures,” he said. “I understand why people are saying that, but there’s simply not the appetite or political will. The banks saw that if they get too aggressive, there’s going to be greater interference in the process. The bad news is we’re going to continue to deal with this level of foreclosures for longer than we’d anticipated.”