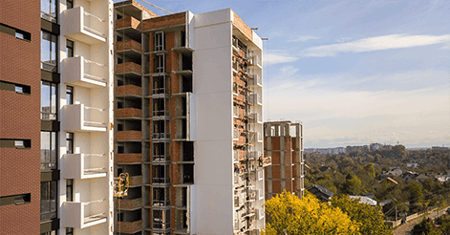 In parts of Southern California, the housing crash has upended a basic tenet of the American dream: that home values always increase over the long term.

Properties in several areas are selling for less than they did 20 years ago, and that’s not even counting the effects of inflation.

The reversal is a bonanza for some first-time buyers. They’re nabbing houses for less than what their parents paid in the late 1980s, jumping into a real estate market that has become a kind of economic time machine.

To return to the past, take a stroll down Mulberry Avenue in Lancaster. John A. Beatrice, 55, bought his spacious two-story Spanish-style house there brand-new for $120,000 in 1989. It was a price he could comfortably afford, and he planned on staying through retirement, so he wasn’t worried about price swings.

“I always knew real estate goes like this,” said the aerospace engineer, moving his hand in an undulating motion like bell curves on a graph.

Beatrice’s 29-year-old daughter is now shopping for Lancaster houses priced lower than when she was a kid.

Home prices across most of Southern California have not fallen nearly as far. The median price in the six-county area was $247,000 in April, about what it was in 2002.

But in 14 Southland ZIP Codes, mainly desert communities in the Antelope Valley and Inland Empire, median prices have fallen below levels recorded in April 1989, according to MDA DataQuick, a San Diego real estate information service.

That means thousands of homes in those neighborhoods -- even houses barely 20 years old and in decent shape -- have lost every dime of their appreciation, giving back not just the gains of the recent bubble but steady increases logged over a generation.

Prices also tumbled below 1989 levels in neighborhoods in Palmdale, Hemet, Barstow, Desert Hot Springs, Victorville, Highland, Santa Ana and Oxnard, according to DataQuick. Several other inland communities, including parts of Moreno Valley, Banning and Rialto, had median prices that were only slightly above 1989 levels and below the April 1990 median.

The median price is the point at which half the homes sell for more and half for less.

Losing two decades’ worth of gains in a single downturn “has never happened,” said UCLA economist Edward Leamer, who has studied local areas during booms and busts. “You’re seeing something that’s abnormal.”

What’s abnormal this time, Leamer and other analysts said, is the easy credit that pumped up demand and inflated home prices in those communities to unprecedented highs.

Armed with risky subprime mortgages and fearful of being priced out of the market forever, buyers flocked to the outer reaches of the Antelope Valley and Victor Valley. Those distant suburbs became the only option when areas closer to job centers soared out of reach, said John Husing, an economist who specializes in the Inland Empire.

“The families who were buying out there were the ones who couldn’t get in anywhere else,” Husing said. “They were paying stupid prices.”

They were among the first to default when the economy crumbled, bringing real estate prices crashing down. Demand for those far-flung houses vanished when prices dropped for homes closer to workplaces. Riverside and San Bernardino counties have registered more defaults and foreclosures per capita during this downturn than other Southern California counties, according to ForeclosureRadar, an online seller of default data.

These foreclosures, sold at cut-rate prices by banks eager to be rid of them, represent the bulk of the sales activity in some communities.

In the 1990s housing bust, “you had a foreclosure here, a foreclosure there. You did not have almost entire neighborhoods being foreclosed,” UCLA’s Leamer said.

The fire sales have stoked demand. In April, 237 homes sold in Beatrice’s ZIP Code, more than in any other area in Southern California. Most of those properties were foreclosed.

Stable homeowners such as Patricia Hynes have watched their hard-won equity rise and fall, leaving them roughly where they started a generation ago.

Hynes bought her three-bedroom home in Lancaster brand-new for $119,000 in 1989, when Milli Vanilli was riding high on the charts. The poplar, willow and ash saplings she planted in front now tower over the lawn, shading her home from the desert sun.

Her home is an island in a sea of repos. Houses on both sides have fallen into foreclosure; one is priced $10,000 less than the amount she paid 20 years ago.

Nearby, a four-bedroom, 2,100-square-foot home sold in May for $89,000. That’s less than the construction costs of $100 to $125 a square foot, according to Patrick S. Duffy, principal of Metrointelligence Real Estate Advisors in Los Angeles.

The retro prices are attracting a new wave of speculators. In April, investors bought nearly 1 in 5 homes purchased in Southern California, according to DataQuick. That figure is around 30% in some inland communities.

Still, he’s holding off on more purchases. Rents are falling along with home prices as investors like him snap up foreclosures and turn them into rentals.

“I don’t know how much or how far down it will go,” he said.

He has reason to worry. Another tsunami of foreclosures is threatening to swamp an already saturated market. In Palmdale and Lancaster, 903 homes were sold in April, but according to ForeclosureRadar, more than 7,500 are in some stage of foreclosure.