Foreclosure Starts Up Nearly 20% In California 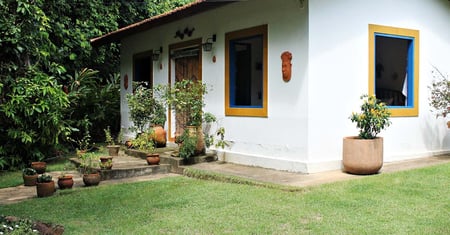 Discovery Bay, CA, March 15, 2010 - ForeclosureRadar (www.foreclosureradar.com), the only website that tracks every California foreclosure and provides daily auction updates, issued its monthly California Foreclosure Report for for February 2010. After reaching the lowest level in a year last month, Notice of Defaults, the start of the foreclosure process, increased by 19.7 percent in February. The number of properties scheduled for foreclosure sale remained near record levels, yet foreclosure sales, either Back to Bank or Sold to 3rd Parties, dropped by 11.9 percent total."The disconnect between delinquencies, and foreclosure sales continues to widen," says Sean O'Toole, Founder and CEO of ForeclosureRadar.com. "While efforts to slow foreclosures are clearly working, it remains unclear that anything has yet addressed the core problem of excess household mortgage debt."

After four consecutive months of decline, Notice of Default filings bounced up by 19.7 percent to 31,004 filings. Filings of Notices of Trustee Sale, which sets the date and time of the foreclosure auction, increased slightly as well, rising 3.6 percent to 28,195 filings.

Foreclosure sales are the last step in the foreclosure process and result in the property being transferred from the homeowner either back to the bank, or to a 3rd party, typically an investor. Foreclosure sales decreased 11.9 percent in February, with the portion going Back to Bank dropping by 14.3 percent and the portion to 3rd Parties dropping by 2.7 percent. Despite our prediction that we may see a wave of Cancellations as the Administration pushed to make trial loan modification permanent, Cancellations remained flat, likely indicating that the Home Affordable Modification Program conversion drive is failing.

Despite the increase in Notice of Default filings in February, our estimated number of properties in Preforeclosure dropped 8.0 percent due to the relatively high number of Notice of Trustee Sale filings. Properties exiting the foreclosure process nearly matched the number of new Notice of Trustee Sale filings, leaving the number of properties Scheduled for Sale in February flat compared to January. Year-over-year, the increase in properties Scheduled for Sale is a dramatic 126.3 percent, as more and more homeowners have found themselves on the brink of foreclosure. Banks continue to resell their Bank Owned (REO) property in a timely manner, with their inventories also flat from January to February.

The courthouse steps remain highly competitive with discounts to market value dropping from 17.5 percent in January to 15.2 percent in February. Despite fewer foreclosure sales overall in February, as well as smaller discounts due to competitive bidding, 3rd party investors purchased more foreclosures, at 23.2 percent, than at any other time since we began tracking trustee sales in September 2006.

While the Time to Foreclose appears to have leveled off, the Time to Resell has increased in recent months. It is not unusual for home sales to slow in the winter months, which would naturally impact Time to Resell. This will be an important metric to track as we move into the Spring selling season as further increases could indicate housing market weakness.