Would A Foreclosure Moratorium Be 'Very Damaging' To Homeowners? 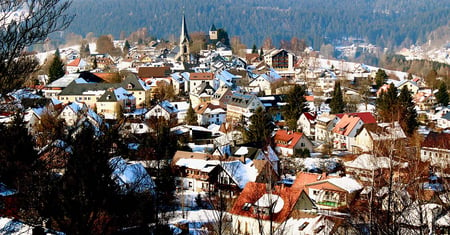 "A national moratorium would be very damaging to exactly the kind of people we're trying to protect," Treasury Secretary Tim Geithner said on Wednesday, "because the consequence of that would be in neighborhoods that have been most affected by the foreclosure crisis, where you see lots of houses on the block empty, unoccupied, what it means is those communities will be living longer with houses unoccupied, with more pressure on their house price with the people still in their houses."

Wall Street agrees: "It would be catastrophic to impose a system wide moratorium on all foreclosures and such actions could do damage to the housing market and the economy," the Securities Industry and Financial Markets Association, a Wall Street lobbyshop, said in a statement. "It must be recognized that the mortgage market, investors and the health of the economy are all inter-related. Investors in the housing market--including American workers with pension funds, 401k plans, and mutual funds--would unjustly suffer losses in their savings from these actions."

Bank of America, JPMorgan Chase, and Ally Financial have temporarily halted foreclosures after so-called "robo-signers" admitted they did not verify information in thousands of foreclosure documents they signed. Congressional leaders, including Senate Majority Leader Harry Reid (D-Nev.) and House Speaker Nancy Pelosi (D-Calif.) have asked for moratoriums and investigations.

Regardless of the overall trajectory of home prices, consumer advocates said the most damaging thing for homeowners is the current situation. Dean Baker, co-director of the progressive Center for Economic and Policy Research, said in an email to HuffPost that the threat of a foreclosure moratorium would give homeowners leverage to win mortgage modifications while doing nothing to hurt banks.

"If a bank realizes that it will have to spend a lot of time and money cleaning up its paperwork to go through a foreclosure it may suddenly get more serious about offering a modification that will people to stay in their home," wrote Baker in an email to HuffPost. "Also, even if that doesn't happen, homeowners may be able to stay in their homes (rent and/or mortgagefree) for another 2-3 months while the banks get the paperwork in order. What's the down side for the homeowner?"