Foreclosure auctions no place for amateurs 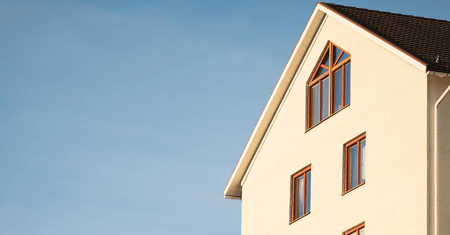 Bluetooth devices clamped to their ears and computer printouts in their hands, a dozen real estate investors clustered on the Alameda County Courthouse steps. Most wore hats and sunglasses against the brutal noontime sun. They were there for the day's foreclosure auctions, called trustee sales, the moment when houses cease belonging to the homeowner who fell behind on a mortgage.

These auctions are not for amateurs - buyers must pay on the spot in cash (or cashier's check), clear title is not guaranteed, there are no inspections and no cooling-off periods. Successful bidders often must evict the property's occupants, who may be the previous homeowners or renters.

The minimum bid on many properties is equal to what's owed on the mortgage - which generally exceeds the property value. But as the foreclosure crisis has mushroomed, many banks have begun dropping the minimum bid at the last minute, creating opportunities for the small cadre of investors who pay close attention and have the deep pockets and steel nerves to compete on this arcane turf.

"At the auctions, (many) properties' (minimum bid amounts) now are being dropped substantially. That's the best-kept secret," said Robert Kramer, an Oakland investor who buys both for himself and on behalf of clients who pay him a commission of 15 to 20 percent of their net equity in a property.

Statistics confirm that lenders are slashing prices at the trustee auctions and that more properties are being bought by investors - even though the vast majority still revert to lenders.

In August, 1,360 properties sold at California trustee sales were bought by investors, up from 432 in January, according to Discovery Bay's ForeclosureRadar.com, which tracks California foreclosures. But that represents just 4 percent of the 34,000 properties that went on the block. The other 96 percent reverted to the lenders.

"Discounts (at trustee sales) are an order of magnitude higher now than they were a year ago," said Sean O'Toole, ForeclosureRadar's founder and CEO. "We've gone from an average discount of around 3 percent in January 2007 to 38 percent on average in California in August." Of course, because many mortgages covered a home's full value, and values now have swooned, these lowered bids may simply bring prices in line with properties' current worth.

But some discounts are even steeper. O'Toole said one-third of the properties auctioned in August were discounted by 50 percent or more.

Kramer and other investors lie in wait to snap up these bargain properties - but finding them requires considerable persistence and diligence.