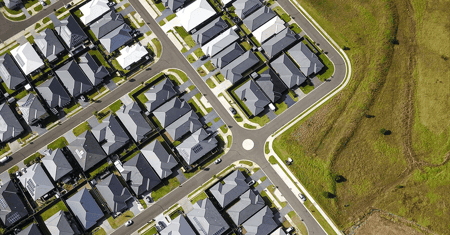 Last month, two U.S. senators introduced a bill that would dismantle Fannie Mae and Freddie Mac and replace them with a number of private financial institutions that would issue mortgage securities. While getting rid of the GSEs strikes me as a fine idea, the senators’ proposal is not the right fix for the problem.

The background: On June 25, Sens. Mark Warner (D-VA) and Bob Corker (R-TN) introduced in Congress the Housing Finance Reform and Taxpayer Protection Act of 2013. According to a press release issued by Senator Corker, the bill proposes to

The idea is laudable enough: In the event of default, private institutions and investors would absorb the losses instead of the taxpayers.  The securities could be backed by a fund set up by the government that would cover losses in the event of a financial catastrophe.

In theory, the role of government and obligations of taxpayers would be significantly reduced.  The government would set up a new government agency called the Federal Mortgage Insurance Corp. (FMIC) that would approve all the players in the housing finance system and insure eligible mortgage securities.

While a lot of debate is circulating around the cost of the bill and the estimated 50 to 75 basis points it would add to 30-year mortgage interest rates, as usual the debate misses the larger issue of the toxic alchemy that would likely arise between the federal government and private corporations.

Specifically, the bill proposes to set up another federal bureaucracy, the FMIC, with the immense power to create rules outside of the legislative process and to pick winners and losers in the private capital markets.  Despite claims that the new bureaucracy will be independent and transparent, the potential for politics to drive financial and regulatory decisions is high.

In addition, the bill is vague about the appropriate mix of private capital and government guarantees and leaves the details up to the FMIC.  That leaves the door wide open for cronyism where private corporations can sashay up to their favorite politicians and seek government favors.  The cozy relationship between Franklin Raines, Fannie Mae’s chairman and CEO from 1999 to 2004, and Angelo Mozilo, former CEO of Countrywide Financial, a private corporation, is a classic example (and, unfortunately, not an isolated one).

While I am the first to agree that the GSEs need to go, it appears that little has been learned from the implosion of Fannie Mae and Freddie Mac.  The best arbiter of mortgage finance is the free market.  A mortgage lender, in the business to make a profit, sits across from an applicant and decides whether that applicant is responsible enough to pay back a mortgage.  If the lender makes good decisions, the company makes a profit and the stakeholders benefit.  If not, the company is out of business and the market eliminates a weak player.  The lessons learned from those mistakes benefit all who remain: mortgage lenders, potential homeowners and taxpayers.

We used to have a sane mortgage market that worked along those lines, until a combination of government meddling and financial chicanery kicked it to the curb.  This new law and the proposed agency it creates shows no evidence that it can prevent that from happening again.