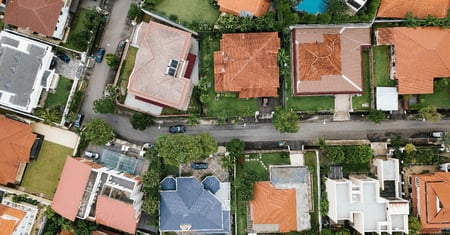 The city of Los Angeles recently filed lawsuits against Citigroup, Wells Fargo and Bank of America for unspecified damages for allegedly engaging in discriminatory lending practices in the city’s minority communities, leading to a wave of foreclosures and a decline in property tax revenues.

Among many other claims the lawsuit cites a report that Los Angeles homeowners lost $78.8 billion in home values as a direct result of foreclosures, and property tax revenue losses were $481 million.

‍Absurd. Government officials should not be able to cheerlead a bubble, benefit from the property tax windfall it creates, and then whine when it’s over with fiction vs. facts in a lawsuit.

First, lets get a simple fact straight. Foreclosures did NOT cause price declines. We had price declines because banks, with the full support of Congress and the Federal Reserve, created a massive housing bubble. That bubble burst simply because it was unsustainable. Foreclosures were the RESULT, not the CAUSE. And to those who claim there were billions in losses, I’d suggest a fair accounting would offset those losses with the ill-gotten gains received during the bubble. In most areas I think you’ll find that to be a wash.

The most ridiculous claim of course is that there were any losses in property taxes. Instead the housing bubble created a huge windfall from 2003 to 2008 that some cities and counties recklessly squandered. The chart below illustrates just how lucrative the housing bubble was for the City of Los Angeles, and how resilient it was to the decline in prices. If this chart indicates anything, it is that homeowners got screwed, not the city.

Apparently, the city of Los Angeles assumed that property tax revenue would keep increasing at a rapid clip in perpetuity. From 2003 to 2009, the city of Los Angeles increased expenditures by nearly $3 billion. Despite the plateau in property tax revenues beginning in 2009, from 2009 to 2012 expenditures continued to rise by almost $450 million. In other words, government expenditures continued to increase faster than government revenue. See the problem here?

To make matters worse, many government officials are now calling for the end of Proposition 13. Imagine how many more homes would have been lost in California without Proposition 13 as their property taxes doubled or more from 2000 to 2008 thanks to the banks, government and the Federal Reserve colluding to inflate home prices – and property taxes. That isn’t to say there isn’t room for improvement. I do believe Prop 13 should be changed to cap annual increases at CPI rather than 2 percent so that governments do receive predictable increases that offset actual inflation.

It will be interesting to watch this lawsuit unfold, and to see if Los Angeles is able to use it to extort some money from the banks. If they do prevail, I hope they consider giving the proceeds back to the homeowners whose property taxes they squandered.