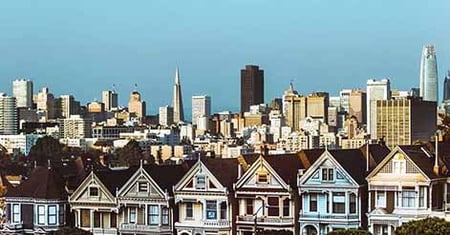 One of our real estate predictions will soon have an impact on your tax return.

At the end of 2010, Sean OToole predicted that states would look to property taxes to make up budget shortfalls. During 2011, the California Franchise Tax Board (FTB) proposed a change to Schedule CA to require the information necessary to enforce an overlooked area of the real estate tax deduction.

The real estate tax deduction applies to ad valorem taxes, the real estate tax amount based on the assessed value of a property. Taxes based on a direct levy or special assessment, such as Mello-Roos or various services provided to specific properties are generally not deductible.

However, many taxpayers are not aware of this distinction and in practice, most individuals or their tax preparers include the total property tax on Schedule CA. Until recently the FTB didn't have the capability to determine whether the reported number included non-deductible taxes, but a computer system planned for 2012 will give the FTB that capability.

The FTB had planned to enforce compliance stating this year by adding three lines to the 2011 state tax returns that would require property owners to show their parcel number, total property tax bill, and the deductible amount. On November 1, 2011, the FTB announced the decision to delay the change to Schedule CA for a year and use 2012 to educate taxpayers and preparers on the rules. The board encourages voluntary compliance for 2011 tax returns and plans to enforce the rules on the 2012 Schedule CA.

As part of the education effort, the FTB created a page on their website called Understanding the Real Estate Tax Deduction that explains the rules and provides an example tax bill with the ad valorem taxes and direct levies or special assessments broken down.

For the 2011 tax year, some preparers are requiring their clients to bring in the county property tax statement before they will include the deduction in Schedule CA. The FTB estimates that the change will bring in an additional $200 million of revenue per year and that voluntary compliance could bring in $20 million this year.