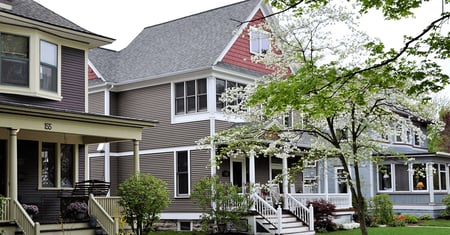 Table 1 – Top 5 California Counties with the Largest and Smallest

By August 2008 distressed property sales exceeded 50 percent of total California property sales, exerting considerable downward pressure on median prices. It is important to understand that during these periods median price reflects both real changes in price and a shift in the mix of properties being sold – from higher-end homes to lower-end homes.

The impact of mix on median home prices is even more pronounced at the county level.  Median price increases for all, distressed and non-distressed property sales are tabulated for ten of the largest California counties in Table 3.

The divergent median price increases computed from the different property categories suggest that median prices are significantly impacted by mix and maybe impart a distorted view of actual price movements.

California Notices of Default (NODs) fell 10.2 percent in May, their first decline since January. Trends in NODs have been oscillating around the 10,000 notice level after a temporary decline due to the implementation of the California Homeowner Bill of Rights, which went into effect on January 1.

California foreclosure sales fell 23.1 percent in May and are down 63.6 percent for the year, reaching their lowest level since January 2007.  The dramatic drop in May foreclosure sales resulted from an Office of the Comptroller of the Currency (OCC) guidance letter that specified minimum standards for handling borrower files subject to foreclosure.  Several of the largest banks either slowed or stopped their foreclosure sales in May while they digested the requirements of the new guidelines.  At the end of May, JPMorgan appeared to have resumed foreclosure sales.  Meanwhile, foreclosure sales from Citi and Wells Fargo Bank were down 50 percent and 75 percent since the letter, respectively, from their March and April levels. We expect foreclosure sales to pick up in June as banks incorporate the new standards.

For a more complete discussion of May foreclosures, please see the PropertyRadar blog post, California Notices of Default Fall 10.2 Percent in May.

The dramatic 29.7 percent year-over-year increase in California median home prices belies the fact that May sales, a month normally characterized by rising sales, declined 11.1 percent year-over-year.  Taking a longer-term view, year-to-date market sales were down 6.4 percent from 2012 and have actually been nearly unchanged and relatively flat since 2009.  In this bifurcated market, non-distressed sales are up smartly for the year but distressed sales are falling faster than the rise in non-distressed sales.

Driving the divergence in trends is the weird alchemy of artificially low interest rates driving up demand, thwarted by millions of underwater homeowners and government policies that are starving the housing market of inventory for sale.

Given the fact that an estimated 370,000 California homeowners are delinquent, more than 72,000 properties are in foreclosure, and nearly 47,000 properties are bank-owned, there “should” be plenty of inventory.  Instead, market activity is at its lowest level in four years for the following reasons:

Given these factors, the rapid price increases are likely to fizzle out sooner rather than later.