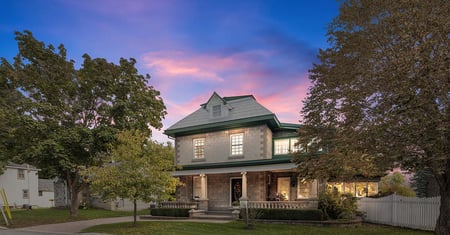 Foreclosure delays may be behind the current peak in foreclosure activity

Discovery Bay, CA, September 16, 2008 - ForeclosureRadar, the only website that tracks every California foreclosure with daily auction updates; today issued its California Foreclosure Report for August 2008. Analysis shows that Notices of Default, which indicate the start of the foreclosure process, increased in California by 4.8 percent; while both Notices of Trustee Sale and actual foreclosure sales dropped. With the exception of February, a traditionally slow month, Notices of Default have stayed in a tight range between 40,000 and 43,000 per month - a peak that may simply reflect the inability of lenders and trustees to process additional files.

"It is becoming increasingly apparent that lenders and trustees can either no longer process all of their foreclosures, or are purposefully delaying the foreclosure process," said Sean O'Toole, founder of PropertyRadar. "While the traditional measures of foreclosure activity are showing signs of slowing, the number of properties scheduled for sale increased by 7 percent from July, and doubled from the beginning of the year.

"Traditional measures of foreclosure activity include Notices of Default, which are essentially unchanged from the beginning of the year, and sales at auction, which are up 32 percent from January. Measuring the number of properties currently scheduled for foreclosure requires tracking the actual foreclosure auctions, a service only PropertyRadar provides in the state of California. The number of properties currently scheduled for sale has doubled to 70,000 since January. Of these scheduled sales, 61 percent are being postponed at the banks' discretion (lenders may postpone the foreclosure auction up to one year in California).

Beyond delaying the sale of properties in the foreclosure process, a recent report from the Mortgage Bankers Association also seems to indicate that lenders are delaying foreclosure altogether. They reported that while 6.41 percent of all loans were delinquent, just 2.75 percent were in foreclosure. Average discounts offered by lenders on the outstanding loan balance at foreclosure auction averaged 36 percent statewide; with one-third of all properties taken to auction being offered at discounts of 50 percent or more. Foreclosure Radar estimates that the vast majority of loans taken to the auction are first mortgages (at 96 percent of all foreclosures), followed by homeowner association liens at 2 percent, and second and third mortgages at less than 2 percent combined. This is a dramatic shift from the past, when second mortgage foreclosures were far more common, and is clearly due to a lack of equity for these lenders to recover.

Looking at foreclosure sales at the county level, the largest percentage increases occurred in relatively strong markets including Santa Cruz (91 percent), Santa Clara (32 percent), San Francisco (26 percent), Monterey (26 percent), and Napa (11 percent). In comparison, some of the harder-hit areas like Stanislaus and San Bernardino saw substantial percentage declines. This, and other factors, seemingly points to a fundamental shift in foreclosure activity; from subprime loans to the pay option ARMs that are just now beginning to reset and recast to higher payments.